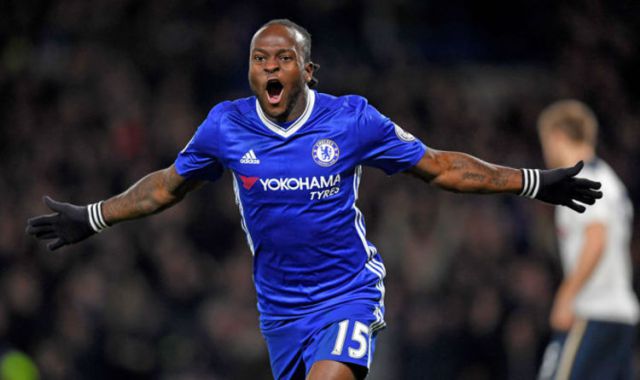 The 27-year-old said he will start property business when he finally stops playing football.

“I want to get into business, maybe a property business or something along those lines,” Moses told Chelsea’s official website. Moses also named the pair of David Luiz and Gary Cahill as the best at psyching the team up when they lose games.

“Gary Cahill, David Luiz, the most experienced players. Myself as well. It’s important to move on to the next game quickly after a bad result. “Everyone has been good, everyone is working hard but I’d say Ross Barkley.

He had a big injury but he’s started the season really well and he’s working his socks off.

“David Luiz. I think he would have the motivation to go in goal during a game and is very funny, Toni Rudiger as well. I would say those two.”

“Andreas Christensen. He has that flair and technical quality, so I wouldn’t be surprised to see him do well up front,” he added.

“N’Golo Kante. He doesn’t say anything unless you speak to him. He saves his energy for on the pitch so we are happy with him. “I’d like to see Eden take a few more free-kicks, he’s good at them in training. David Luiz as well, but he’s taken them in games before.”

TRAGIC: Man Allegedly Sleeps With His Lover, Killed Her & Butchered Her Body Part.