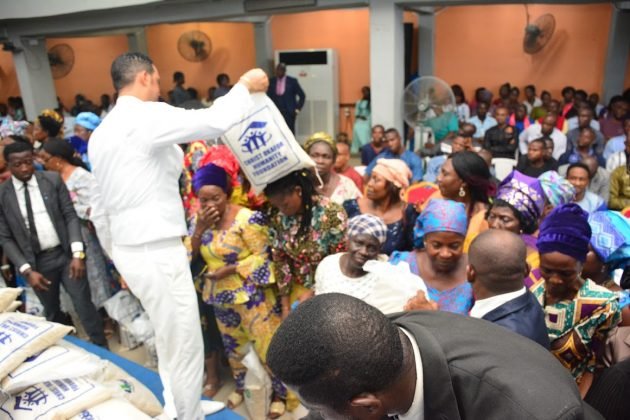 The entire greater liberation city was agog last Sunday 29th April 2018 when the generational prophet and the senior pastor of Greater Liberation City Dr Chris okafor celebrated his birthday with the empowerment of 108 widows with the sum of 200,000 naira each, through

the Chris okafor humanitarian foundation. charity they say begins at home, this was actually what the oracle of God demonstrated, some men preferred to throw a lavish birthday bash, but this servant of God believes that if the women are empowers particularly the widows thenation is empowered, while encouraging the beneficiary the oracle of God advised then not to despise the days of little beginning as the foundation is bent to continually put smile on the face of the widows and subsequently increase this gesture as time went on, Dr Chris okafor emphasized that God is always happy on the throne when some group of people are been bleed, he said those people included the widows and the less privilege. 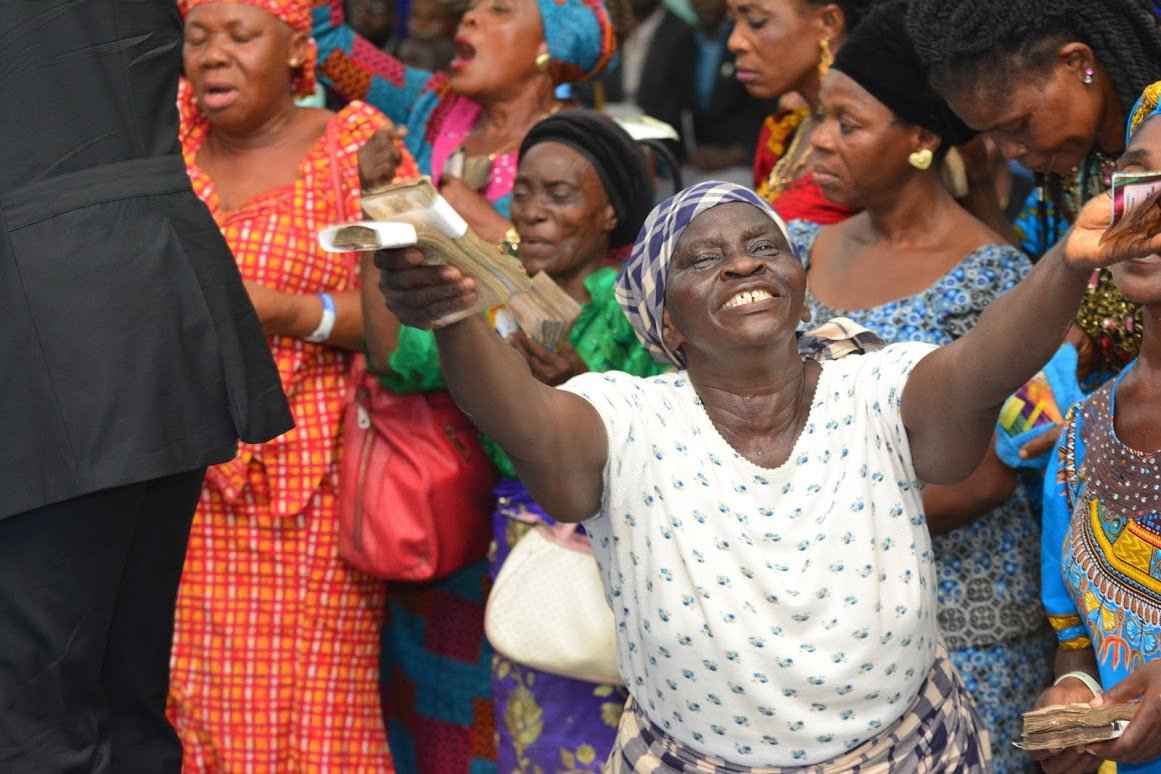 He said the foundation will continue to do its best for the betterment of theses people, in their reaction, some of the beneficiary thank the Chris okafor humanitarian foundationfor the gesture as they promise to make adequate use of the money got,they also pray that the anointing of the man of God will continue to Increase in Jesus Name.  the Dr Chris okafor birthday which actually began on the 28th April 2018 at the prestigious Sheraton Hotel ikeja Lagos Nigeria was well attended by all the sons and daughters of the greater liberation city world wide.

While praying for the birthdayboy, Bishop Isaac idahosa of illuminaty Assembly LAGOS PRAY FOR Godguidance and protection on the celebrants. He said Dr Chris okafor has laid a formidable legacy for other to follow, he said

Dr Chris okafor remain one of the most humble man of God he has ever meet in thevineyard of God, also bishop ——was not left out in his remark, he said God general is a true man of God with many evidence, some Nigeria comedians were on the stand to entertain guest, among them are klintde drunk, accapela among many others, Igbo cultural troupe from the south east made the day a remarkable one, high point of the birthday was the surprise presentation of a 2017 model of G wagon bullet proof car to the generational prophet by all the sons and daughter ofprophet, while receiving the birthday gift the oracle of God Dr Chris okafor thank all his sons and daughter for the gift, saying they will continue to enjoy the grace upon his life because whoever give to a prophet will continually enjoy the benefit of doing for a prophet, because the bible is very clear on this, he said he is proud of them all because they are part of the mandate to win one billion souls to the kingdom of God and also de populate the kingdom of darkness whybecause the lion will also and ever give birth to a lion.

Dr Chris okafor is popularly referred to as The Oracle of God and the Generational prophet; he is a Nigerian Christian minister, televangelist and faith healer with particular emphasis on dealing with supposed foundations and altars. He is leader and founder of Mountain Of Liberation and Miracle Ministry, also known as Greater Liberation City.

When it comes to impacting human lives, besides his primary spiritual assignment, Dr Okafor is a giver, providing succor and empowering the underprivileged with skills acquisition, scholarship via The ChrisOkafor Humanity Foundation. He has received numerous recognitions, notably The Most accurate Seer of the Year.

D r chris Okafor is widely travelled and known across Africa and beyond by the vehicle of his mandate, Chris Okafor World Outreach Ministry (COWOM), which has taken the message of liberation to countless homes in crusades and via the Liberation TV.

Dr Okafor was born to the family of Stephen Okafor, a family of five in Ihite, Orumba South Local Government Area of Anambra State, and was raised in the Anglican Communion. He did his primary education at Ohuoba Primary school, Edo State From 1978-1983, where he attained his first School Leaving Certificate. He also attended the Edo College from 1984 and sat for the Senior Secondary School CertificateExamination (SSCE) in 1989 after which he gained admission into Ambrose Ali University, Ekpoma in Edo State. Prophet (Dr) Chris Okafor holds a B.Sc in Business Administration. In his family, both extendedand immediate, he was the first male to graduate from a university.

Due to the increasing size of the congregation, a church and a portion of land was found on Oshofisan Street where the church, now Greater Liberation City, was built and commissioned in August 2010. Despitethe new facilities, the church often requires canopies placed outside the building to accommodate overflow. Today, according to the organization, more than 35,000 members attend its weekly Sunday service; visitors from outside Nigeria are accommodated in the accommodation blocks constructed at the church.

NOT MY HEAD NOT MY BLOOD, HARVEST OF BABY, JAPPPAN,CHURCH ANNIVERSARY, ONE NIGHT WITH THE KING, the monthly Vigil The International Night of Prophecy and Solutions, have also increased business at local shops and hoteliers within and around the host community.

With increasing number of notable events foretold, Dr Chris Okafor has successfully predicted trends and events in the lives of individuals who attend his church services as well as worldwide events. Includinga prophecy of NUJ executive members’ death, and the outcome of variousfootball matches, notably matches won by Nigeria. The oracle of God Dr Chris Okafor’s prophecies are so clear-cut and precise that the committee of soft sell publications in Lagos, Nigeria recognized him as the most accurate seer of the year.

His precise prophecy about the eradication of the dreaded Ebola virus really generated an internet storm, especially with the discharge of the last known Ebola patient from the hospital. Incidentally, the United Nations pronounced Nigeria Ebola-free few days after that prophecy. Okafor also prophesied about the Dana air crash several months before the incident and a lot moreair crashes especially those involving the Nigerian military.

Melaye Re-Arrested In Court After Being Granted Bail