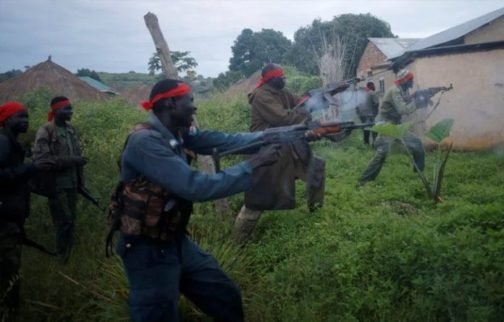 The separate attacks, which were carried out on both settlements simultaneously, took place barely one day after two priests and 17 other people were killed in Gwer East LGA of the state.

Chairman of Guma LGA, Mr Anthony Shawon, confirmed to Channels Television that the attacks occurred in the early hours of Wednesday.

Mr Shawon revealed that the assailants stormed Ali Agundu, a border settlement with Daudu where two Internally Displaced Persons (IDPs) camps are located, at about 2.00 am and killed 13 persons.

He added that while this was ongoing, another set of suspected armed herdsmen killed three people in Tsav council ward, also in the LGA.

The chairman said the remains of those killed were buried hours later.

However, police authorities in the state have yet to confirm the incident.

The Commissioner of Police in Benue, Mr Fatai Owoseni, who briefed reporters hours later, said about 30 assailants, whose targets were the priests and the venue of a burial ceremony, invaded the community.

He had, however, noted that the police would intensify their search of the assailants, and called on residents to provide useful information that can lead to the arrest of the attackers.