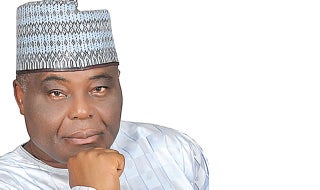 The Africa Independent Television and RayPower FM shut down on the orders of National Broadcasting Commission has resumed transmission as court ordered re-opening of the media houses.

The two broadcast houses, shut down on Thursday, resumed transmission Friday evening following an order by a Federal High Court in Abuja on Friday.

The court ordered the NBC and other parties to a suit filed by Daar Communications Plc, operator of African Independent Television and RayPower 100.5 FM to maintain status quo.

Ruling on an ex parte application by Daar Communications Plc, Justice Inyang Ekwo directed all the parties to maintain status quo as of May 30, 2019, pending the determination of the plaintiff’s application for an interlocutory injunction against the NBC and the two other defendants – the Federal Ministry of Culture and Information and the Attorney-General of the Federation.

The applicant had filed the ex parte motion on May 30 informing the court that “credible information just reaching” it “has it that the defendants have concluded plans to, in the next few days, invade and shut down the premises of the plaintiff and/or part thereof.”

But on Thursday, the NBC, through its Director-General, Dr Modibbo Kawu, announced its decision to suspend the company’s operating licences indefinitely.

Kawu stated that the infractions committed by the media houses owned by Daar Communications included their inability to pay their licence renewal fees and the airing of a presidential election documentary while the matter was still before a tribunal, among others.

At the Federal High Court in Abuja on Friday, Mr Benson Igbanor of Chief Mike Ozekhome’s law firm moved the Daar Communication’s ex parte application seeking to avert the suspension of its licences by the NBC.

In his ruling delivered shortly after listening to Igbanor, Justice Ekwo granted the order for parties to the suit to maintain status quo, but refused to grant prayers 1 and 2 contained in the applicant’s application.

The judge said such prayers could not be granted in the absence of the defendants.

One of the prayers rejected by the court, sought “an ex parte order of interim injunction” restraining defendants “from blocking, jamming, stopping, removing from air and/or interfering with the airwaves of the plaintiff/applicant in any way and manner howsoever, in its broadcast and airing of news, views, documentaries, or any other legitimate broadcast material that is usually associated with television, radio or social media broadcast pending the hearing and determination of the motion on notice filed along with this application.”

The other prayer rejected by the court sought a similar order to restrain the defendants “from invading the premises of the plaintiff/applicant, or closing down the said premises, its operations or broadcast services, pending the hearing and determination of the motion on notice filed along with this application.”

Justice Ekwo said the two prayers would not be granted without hearing the defendants.

He, instead, ordered parties to maintain status quo and directed the defendants to appear in court on June 13 to show cause why the prayers rejected on Friday and as contained in a motion on notice filed by the plaintiff, should not be granted.

A copy of the enrolled order made by the judge on Friday read in part, “It is hereby ordered as follows:

“That prayers 1 and 2 on the motion ex parte cannot be granted without hearing the other parties.

“An order is hereby made that parties shall maintain status quo ante bellum as at May 30, 2019 pending the hearing and determination of the motion on notice filed in this case.”

He added, “Defendants are hereby ordered to show cause on the next date of hearing why the prayers on the motion on notice of the plaintiff/applicant ought not to be granted.

“Case adjourned till June 13, 2019 for defendants to appear in court and show cause as ordered.”

Meanwhile, the Federal Government had earlier on Friday come under more attacks for suspending the licences of the African Independent Television and RayPower FM operated by DAAR Communications Limited, owned by the Peoples Democratic Party chieftain, Raymond Dokpesi.

But the Peoples Democratic Party governors, in their reaction to the suspension, described it as repressive and asked the Federal Government to reverse the suspension of the licences.

The reaction of the governors was contained in a communiqué read by the Chairman of PDP Governors’ Forum, Mr Seriake Dickson, in the early hours of Friday after its meeting at the Bayelsa State Government Lodge in Abuja on Thursday night.

Dickson said, “The forum noted the shocking intolerance and act of repression against the media by the Federal Government. As you are aware, DAAR Communications, we understand, has been closed down. And our position is that due process must be followed.

“If there is any allegation of infraction, then due processes of the law should take place because when you shut down news outlet, when you harass and intimidate journalists, then you are shutting down Nigerians from speaking their minds. And in democracy, freedom of expression is a cardinal component.

“So we condemn what has taken place and we urge the Federal Government and its agency to forthwith, do what is right; that is the reopening of the company and follow the due process of the law.”