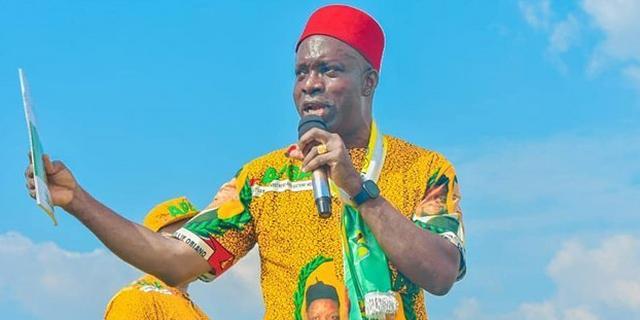 The election was held on Saturday, with a supplementary poll held in Ihiala Local Government on Tuesday.

The APGA governorship candidate polled 112,229 votes to lead Valentine Ozigbo of the Peoples Democratic Party, PDP, who posted a distant 53,807 votes to emerge second, while Andy Uba of the All Progressives Congress (APC) scored 43,285 votes to emerge third.

The APGA governorship candidate won 19 of the 21 Local Governments declared by INEC so far. He lost in Ogbaru to PDP and Nnewi North to YPP.

Soludo got his biggest victory in Awka South, polling 12,871 votes to defeat the PDP’s candidate, Valentine Ozigbo, who scored 5,498 and Andy Uba of the APC, who got 2,595 votes.

Andy Uba of the All Progressives Congress, APC, scored 343 votes while Ifeanyi Ubah got 344 votes.