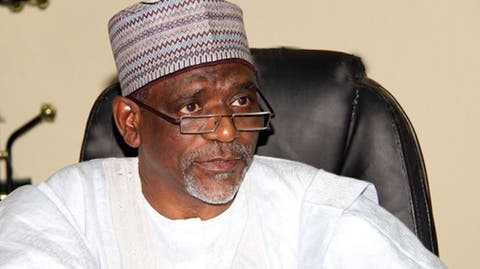 The Federal Government on Monday said the Senior Secondary School 3 pupils will resume on August 4 in preparation for the West African Senior School Certificate Examination, which is starting on August 17, The PUNCH reports.

The Federal Ministry of Education’s Director of Press and Public Relations, Ben Bem Goong, who disclosed this in a statement titled, ‘Exit classes to reopen August 4,’ said the decision to recall the pupils was taken during a virtual meeting involving the ministry and commissioners of education in the 36 states of the federation.

The ministry said on resumption on August 4, the pupils would have two weeks within which to prepare for WASSCE.

Although the Nigeria Union of Teachers and the All Nigeria Conference of Principals of Secondary Schools, in separate interviews with The PUNCH, supported the reopening of final year classes, they insisted that state governments must provide running water and personal protective equipment.

Recall that schools in Nigeria had been shut since March following the outbreak of coronavirus.

But the Presidential Task Force on COVID-19 had, at its press conference on June 29, said the SSS3 pupils in preparation for WASSCE would resume.

But the Federal Government, after the Federal Executive Council meeting on July 8, said it had suspended the plan to recall graduating pupils for WASSCE because of the COVID-19 spread.

Despite the Federal Government’s decision to delay the resumption of the pupils, states, including Oyo and Cross River, had recalled their SSS3 pupils.

The Federal Ministry of Education, in its statement on Monday, said the virtual meeting was held to take a decision on WASSCE.

According to the ministry, the meeting was attended by the NUT, the proprietors of private schools and chief executives of examination agencies.

It stated, “It was agreed that the exit classes should resume immediately after the Sallah break, from August 4, 2020 to enable them to prepare for the WASSCE scheduled to commence from August 17, 2020.

“The meeting also resolved that a passionate appeal be made to the Federal Government through the Presidential Task Force on COVID-19 and public spirited Nigerians for assistance to schools across the country to enable them to fast-track the preparations safe reopening, as agreed.”

In its reaction, the Development Agenda for Western Nigeria lauded the Federal Government for reversing its earlier position on reopening of schools for final year pupils in secondary schools.

The Director-General of DAWN, Seye Oyeleye, in an interview with journalists on Monday, said the South-West states were ready for reopening of schools.

He said, “Our position on the FG’s reversal and agreeing to reopen schools on August 4, is that it should be seen as a victory for dialogue which is always the hallmark of a federal system that works.

“We have always maintained here in the South-West region that such a sensitive matter was never going to be solved by an executive fiat from the central government.

“But rather once we have conflicting proposals on the way forward particularly regarding the WASSCE exams it becomes a necessity for the federating states to sit down at the table to discuss and reason together.”

On its part, ANCOPSS appealed to the Federal Government to provide PPE for both teachers and pupils.

Speaking to one of  PUNCH correspondents on the telephone, the National President, ANCOPSS, Anslem Izuagie, said there was nothing on the ground as regards the PPE.

He, however, said the association was in support of reopening of schools for the SSS3 only.

He stated, “We appeal to the government to provide all the PPE. We are in support of the resumption for the certificate classes to write their exams. For now, there is no PPE. I want to believe government will play their part. I believe before the 17th of August, they must have provided everything because they can’t tell us to go and write exam without providing the PPE.”

The NUT Secretary General, Dr. Mike Ike-Ene, in an interview with The PUNCH, appealed to the Federal Government to ensure that running water and the PPE were provided for pupils and teachers.

Listing demands of the union, he said, “Disinfecting schools, fumigation, provision of consumables and non-consumables, running water through buying of tanks; these are the things we clamoured for.

“We want to appeal to the Federal Government to ensure that all the commissioners of education all over the country provide all that is needed to keep both teachers and pupils in safety during the period of revision and the exam.

“Most of the commissioners at the stakeholders’ meeting today all boasted that they had 90 per cent of everything needed to provide safety measures for the teachers and pupils, but we want to remind them that talk is cheap. It is important they do the needful. The reality is all these things should be ready so that both students and teachers will be safe. This is one of the reasons we agreed to writing the examination.”

He added that the NUT national officials would monitor all schools to ensure government’s commitment to its promises.

But the Federal Government on Monday evening gave further clarifications on its statement on the reopening of final year classes August 4.

It said resumption of the SSS3 pupils would depend on the state of preparedness of each of the exam centres.

The government also told private universities to wait for directives before reopening.

The Minister of State (Education), Emeka Nwajiuba, made the clarifications in Abuja while answering questions from journalists during the press conference of the task force on COVID – 19.

Nwajiuba said, “What we have said is that the schools that will be reopening are schools that are centres for these exams only in respect of the exiting classes. Primary schools and all other classes are excluded from this decision.

“I am in discussion with the Minister of Environment. Wherever we see gaps in the state of preparedness, we will address. If it is not possible, we will not allow them (pupils) to use them (the centres).

“But all the state governors, commissioners of education, all the other stakeholders, including the Association of Private School Owners, have all given us their commitment that they will try to resolve these, and provide for the teachers. WAEC will also provide for their invigilators and make sure that this conduct is seamless.”

The minister said he had received a letter from private universities, adding that he had asked the Executive Secretary of National Universities Commission, Prof. Abdulrasheed Abubakar, to investigate their claim.

He said, “I am in receipt of the letter, we have received it at the Ministry of Education. I have asked the Executive Secretary of the NUC to investigate their claim. When we get a response and the state of how they are at the moment, we will reverse our position on that.

“However, we are aware that many of the private universities and a few of our public universities are able to continue with their online engagements. We are encouraging them to continue to do that. We are looking at all the suggestions they have made.”

When contacted, the West African Examinations Council’s spokesman, Mr. Demianus Ojijeogu, referred one of our correspondents to a press conference addressed by the Head of the Nigeria National Office of WAEC, Patrick Areghan, on July 7.

Ojijeogu said the position of the council on COVID-19 protocols during exams had not changed.

Areghan had said, “Schools must provide wash-hand buckets with running water, soaps, hand sanitisers and thermometer hand-gun to check the temperature of all concerned. All examination functionaries, including the council’s staff on distribution; supervisors; invigilators, inspectors; candidates and school officials will be required to wear face masks, wash and sanitise their hands daily and throughout the duration of the examination.”

He also said the council would ensure social distancing in the examination halls by making sure that candidates sit two metres apart.

“I WAS WARNED TO NEVER WATCH TB JOSHUA BUT GOD USED HIM TO HEAL ME!” – MEDICAL DOCTOR

AfDB probe: Respite for Adesina as independent panel clears him