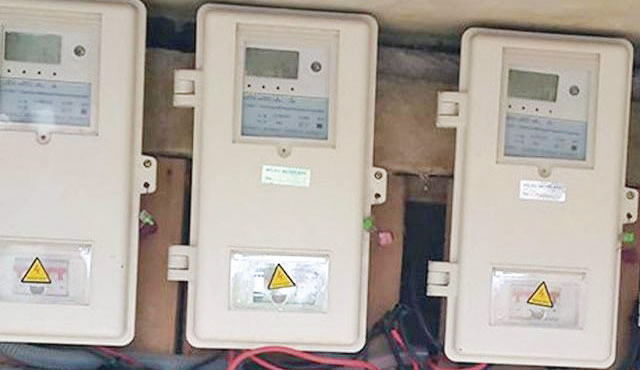 Power consumers have raised the alarm that power distribution companies were now selling the free meters that were provided for electricity users by the Federal Government.

In October 2020, the Federal Government inaugurated the National Mass Metering Programme in respect of which the Central Bank of Nigeria issued a framework for financing the scheme.

The programme was inaugurated to increase the country’s metering rate and eliminate arbitrary estimated bills that were given unmetered customers by Discos.

Through the scheme, the CBN provided financing support to the Discos for the procurement of meters for customers from local meter manufacturers.

The meters were meant to be installed free of charge in the residence of beneficiaries, but power users on Friday alleged that some Discos were beginning to collect money for the meters.

They told our correspondent that some Discos claimed that the scheme was being run alongside the Meter Asset Providers programme, but argued that the MAPs had not been successful, which was why the government introduced the NMMP.

Speaking on studies done by his group as regards the installation of meters under the NMMP, the National Secretary, Nigeria Electricity Consumer Advocacy Network, Uket Obonga, said Discos were selling meters that were meant to be free.

He said, “Look at the National Mass Metering Programme that the government inaugurated recently to ensure mass metering, some Discos are now selling the prepaid meters that were given to them free of charge for customers,

“I held a programme in Calabar and put a call directly to one of the commissioners there to tell him what’s happening. The next day Port Harcourt Disco invited me to go with them for meter launch and so forth.”

Obonga added, “They are still collecting money, selling meters that were given to them free. In Port Harcourt, they are still selling to consumers. When I raised it they now said the MAPS and NMMP will run side by side. But how is that possible?

“Who is running MAPs? The companies that were meant to run MAPs have all fizzled out because the Discos have taken over.”

Power distributors, however, said they would not want to comment on controversial issues in the sector at the moment.

This, according to them, was because there had been series of engagements between the Discos and the Federal Government lately on various industry matters.

An official with the Association of Nigerian Electricity Distributors, the umbrella body for Discos, Akin Akinpelu, confirmed this to our correspondent in Abuja.

Also, the Nigerian Electricity Regulatory Commission said it would not delve into the matter unless the affected customers tabled it as a complain to the NERC.

The Head, Public Affairs, NERC, Michael Faloseyi, said the matter was purely between Discos and consumers, but made it clear that once a complaint, was made in that regard, the commission would step in.