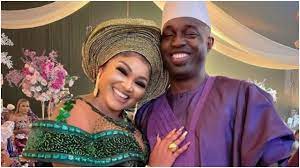 Mr. Lanre Gentry, the former husband of Nollywood star actress, Mercy Aigbe, has confirmed the speculation in the media that her former wife started a secret affair with her new husband, Mr. Adeoti Kazeem, a film marketer, while she was still married to him.

Aigbe (now Hajia Minna Adeoti) unveiled Adekaz a few days ago as her new husband, after which they got married in an Islamic way called Nikkah.

In 2017, Mercy dumped her seven years marriage to Gentry on the allegation that the latter constantly accused her of sleeping with different men, which she alleged was often followed by serious beatings.

But, in an exclusive chat with Global Excellence magazine from London where he is presently on holiday with his family, Gentry said he initially didn’t suspect that his former wife was having an affair with Adekaz because she introduced Adekaz to him as an American returnee who desired to invest in movie marketing in Nigeria and she would need his (Gentry’s) permission as the husband to put Adekaz through.

Also, speaking on the tale that Adekaz was his friend; Gentry stated that he and the CEO of Ibaka TV were not friends, adding that Adekaz only adopted him as a big brother when he met him through Mercy Aigbe.

Gentry explained further that Mercy and Adekaz’s wife were close friends and it was through Adekaz’s wife that Mercy got close to the husband. According to the chairman of Laveronique Hotel, Mercy brought Adekaz to him through the wife who was her friend and pleaded for permission to help Adekaz in setting up his movie marketing outfit because he was new in the business.

“My wife brought him to me. She told me that he just returned from America and would like to go into movie marketing. When the man came back from America, he showed interest in investing in film marketing and, I think, some people recommended my wife to him as someone who could help. Because my wife was already a movie star, I agreed that she should be working with Adekaz in order to help him through the business stages. That is how, I am sure, their relationship started,” Gentry stressed. 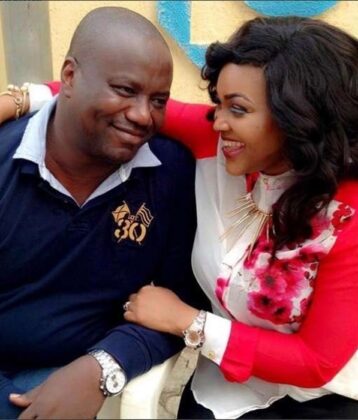 Asked why he did not raise an alarm when he suspected that something could be going on between his wife and Adekaz, Gentry remarked casually that only an idle man follows his wife everywhere. He said; “I’m a man of integrity and I’m not lazy. Why would I be suspecting my wife of going out with men? She owns her life.”

However, Gentry conceded that he later found out that Mercy was actually sleeping with Adekaz. “Naturally, I don’t react to rumours. But when I eventually confirmed that she truly was having an affair with Adekaz, the crisis in our home began. So, I asked her to leave my home,” he affirmed.