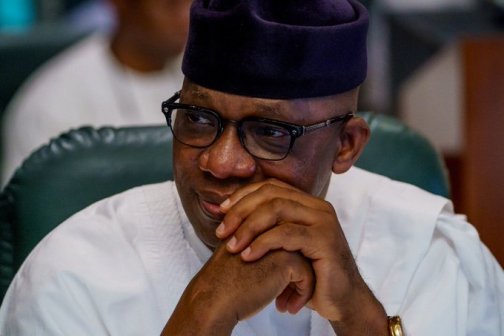 The tribunal is delivering its judgment today in the petition filed by Akinlade.

Akinlade of the Allied People’s Movement (APM), wants the tribunal to upturn the victory of Abiodun of the All Progressives Congress (APC). The APM is the brainchild of Senator Ibikunle Amosun, Abiodun’s predecessor.

Ahead of the judgment, scores of armed security men, Operatives of the Police Ordinance unit, Department of State Security(DSS), Nigeria Security and Civil Defence Corps(NSCDC), Armoured Personnel Carrier (APC) took over the inside and outside of the court premises at Isabo in Abeokuta.

Tens of people who arrived Isabo as 7am this morning and eager to enter the court premises were barred as at 9.20am by armed men at heavily guarded court gate.

The Police Commissioner, Bashir Makama, who arrived few minutes inspected the security arrangement within and outside the court premises and left upon being satisfied with it.

Akinlade and his party filed the petition marked EPT /OG/ GOV/ 01/19, alleging that over-voting was carried out during the polls in favour of Abiodun.

The APM’s candidate also alleged that Governor Abiodun lacked the qualification to contest for the Governorship seat of the Gateway State in the March 9 governorship election.

The Tribunal had in its August 19 sitting, reserved its judgment shortly after all parties had adopted their respective final written addresses and promised to notify them when the judgment would be ready.