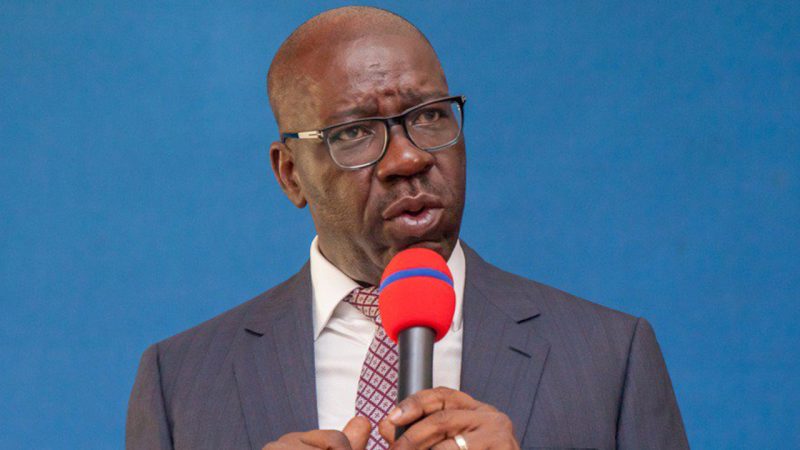 The Governor of Edo State, Godwin Obaseki has stated that he has not decamped to any political party to seek re-election.

Obaseki made this known in a statement he authored and released via his Twitter account on Wednesday.

The governor added that his main focus is to control the spread of COVID-19 ravaging the country and not the governorship election slated for September in his state.

He said: “I have not moved to a new platform yet to seek re-election.

“My focus now is to control the spread of the coronavirus (#COVID19) pandemic, which is ravaging our country and threatening our healthcare system.”

However, Godwin Obaseki’s latest revelation came after the suspension of his political adversary, Adams Oshiomhole, as the National Chairman of the All Progressives Congress, on Tuesday.

Obaseki also announced his resignation from the APC on Tuesday. However, the party said they have no record of his deregistration as of Tuesday.