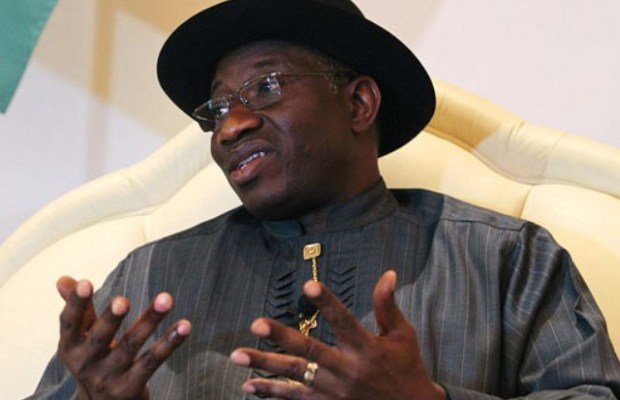 Reno Omokri, a spokesperson for former President Goodluck Jonathan, has launched a blistering attack on the Nigerian government and the Minister of Information, Lai Mohammed, over two lists of alleged looters released by the administration.

Mr. Mohammed had on Sunday circulated a statement containing a list of individuals undergoing trials for alleged corruption.

He had earlier on March 30 released a first list of members of the past administration he said looted the Nigerian treasury while the opposition Peoples Democratic Party (PDP) was in power.

The government released the lists in response to a challenge by the spokesperson of the PDP, Kola Ologbondiyan, who tackled Vice President Yemi Osinbajo for saying the PDP administration massively looted the treasury during its 16 years in power.

Mr. Ologbondiyan described Mr. Osinbajo as not being courageous enough to name those he claimed stole public funds.

The Minister of Information, Lai Mohammed, then picked up the challenge. He addressed journalists in Lagos, first on Friday, and later on Sunday during which he released two separate lists.

But in a statement emailed to PREMIUM TIMES on Monday morning, Mr. Omokri criticised the government for failing to include names of members of the ruling All Progressives Congress accused of or being tried for corruption.

In the statement entitled “The Real Looters List That Buhari and Lai Mohammed Do Not Want You To Know About,” the former president’s spokesperson named 10 members of the APC he said should have been added to Mr. Mohammed’s list.

A few days ago, the fallacious minister of information, the rightly named Lai Mohammed, whose first name rhymes with his life’s calling, released a so called ‘looters list’ with six names of alleged looters.

After he was ridiculed by civil society, the opposition and the international community, Mr. Lai Mohammed hurriedly put out a statement tagging his list a ‘teaser’.

When that lie refused to fly, the notorious fibber, Lai Mohammed, released yet another list yesterday, April 1, 2018.

Coincidentally, April 1 is April Fools day and it was befitting that Lai released his list on that day because only a fool will believe the list he put together.

I challenge President Buhari and Lai Mohammed to explain why these men did not feature on their list and why they continue to remain in this APC government where they wield immense powers and influence, even over the Economic and Financial Crimes Commission that is meant to prosecute them.

I further challenge President Buhari and Lai Mohammed to explain to Nigerians why they failed to reveal to Nigerians that President Buhari himself is a MAJOR beneficiary of the funds that the former National Security Adviser, Colonel Sambo Dasuki, received from the treasury for the security of Nigerians.

Note that this is just a teaser. Depending on the reaction of the Buhari-led government, more names will be released.

Timipre Sylva: A well known financier and supporter of the APC administration of President Muhammadu Buhari. Alleged to have looted ₦19.7 billion. Was facing trial before Justice A. Y. Mohammed of the Federal High Court, Abuja. However, two days after President Buhari was sworn in, the new APC government WITHDREW the charges preferred against Sylva on June 1, 2015 and on October 3, 2018, the EFCC returned to Sylva, 48 houses seized from him during the administration of former president, Goodluck Jonathan in 2013 to him.

Senator Abdullahi Adamu: Alleged to have looted ₦15 billion with the help of 18 co accused. Charged on March 3, 2010. The case continues to linger in court.

Babachir Lawal: former Secretary to the Government of the Federation. Allegedly gave a ₦200 million contract to his own company from monies meant to look after Internally Displaced Persons. Has been sacked after protest by the opposition and civil society. Has still not been charged. Was allowed to be replaced by his own cousin.

By the omission of these names, the Buhari led Federal Government has vindicated Transparency International.

We have moved 12 places backward from 136 to 148. Yet this administration has the guts to accuse a government under whom Nigeria made her best ever progress on the Corruption Perception Index of corruption? We moved from 144 to 136 in 2014 under President Jonathan because that government fought corruption in court and not through the media.

Yoruba Youths moves against Oluwo of Iwo: The Need To Salvage The Yoruba Cultural Heritage From Imminent Total Collapse and War: The ‘Emir’ Abdulrasheed Akanbi Teluwo, The Oluwo’s Monumental Taboo in Retrospect.