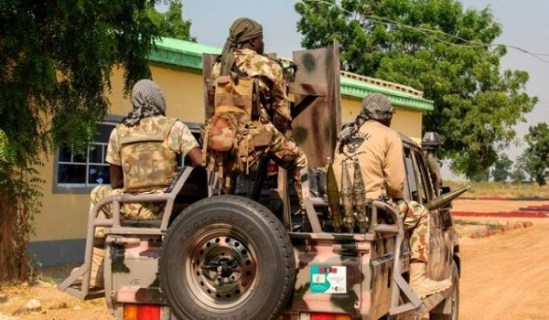 Scores of terrorists suspected to be members of the Islamic State West African Province (ISWAP) on Thursday night attacked soldiers of the Guards Brigade at the Zumu Rock, Madalla area of the Federal Capital Territory (FCT).

This is the second attack within 48 hours on the sit of power targeted at the elite brigade responsible for the safety of Presidential Villa, military formations and other critical national assets housing top hierarchy of government.

The Nation reports that these attacks came days after terrorists who kidnapped Abuja-Kaduna train passengers some months ago released a video where they threatened to kidnap President Buhari.

It was learnt that Thursday night’s attack occurred few minutes past 9pm at the 102 Guards Battalion along the Abuja/Kaduna expressway.

The terrorists were said to have gunned down some of the soldiers on duty in an attempt to take over the barracks but were later overpowered as reinforcement troops were drafted from closest police, military formations.

Hours before the attack, Nigerians on Twitter who reside in that axis raised alarm about heavy shooting around the Zuma Rock area with some alleging that criminals were kidnapping people.

It was learnt that all the barracks in the FCT are on red alert as the authorities have ordered soldiers to defend the city.

Sources said the battle lasted over 30 minutes and caused gridlock