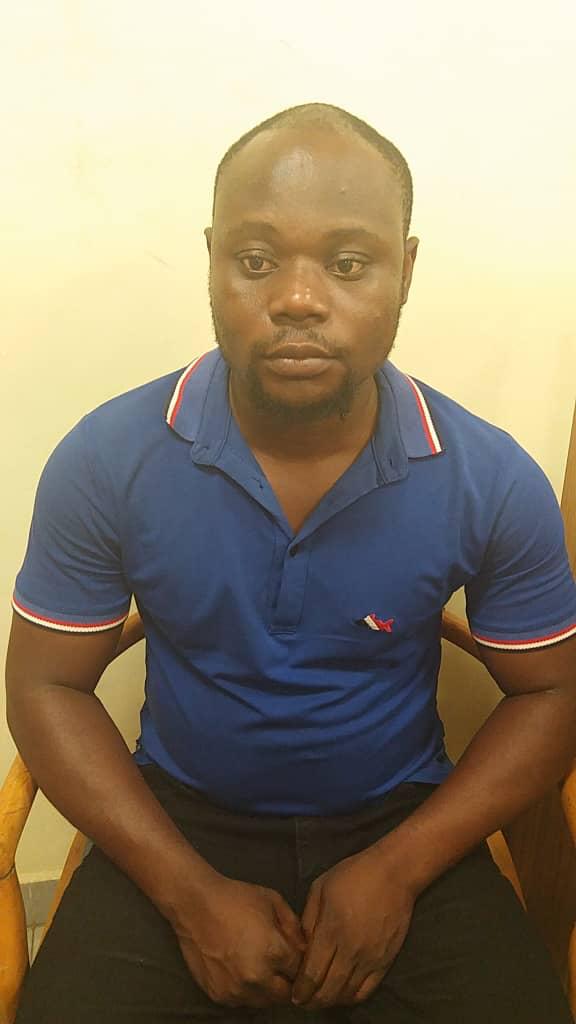 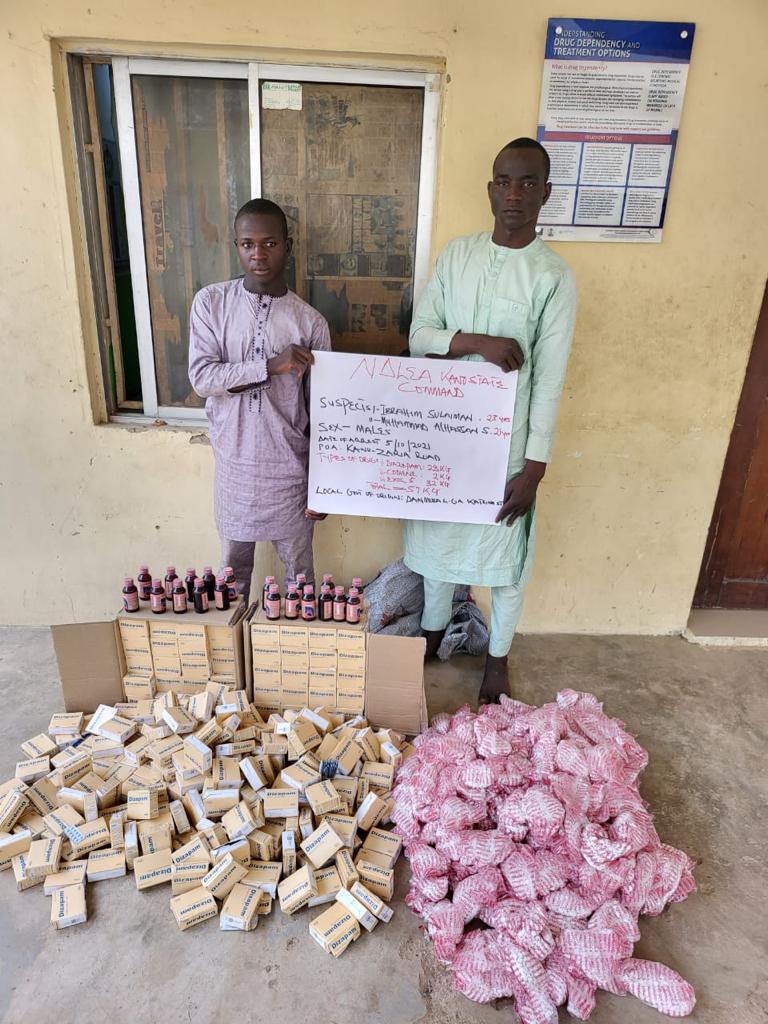 A notorious drug dealer, Okoli Collins Ikenna, who is the mastermind of recent multiple attempts to export illicit drugs to London in the United Kingdom through the Murtala Muhammed International Airport, MMIA, and some courier companies in Lagos has been arrested by operatives of the National Drug Law Enforcement Agency, NDLEA.

Okoli has been on court bail following his arrest in November 2020 and subsequent arraignment before a Lagos Federal High Court for attempting to export 15.700kgs of Methamphetamine to Australia. Series of investigations into recent multiple attempts to export illicit drugs to the UK led to the arrest of the drug dealer on Tuesday 2nd November, when he was caught with 78 parcels of Cannabis, concealed in black soap packs labelled as Dudu Osun, with a total weight of 12.250 kilograms heading to United Kingdom.

Further investigation also revealed that Okoli is the one behind the attempt to export 7.350kgs of Cannabis to the UK on Thursday 21st October, a consignment that was intercepted at NAHCO export shed of the MMIA.

Curiously, a separate investigation by operatives of the Directorate of Operations and General Investigation, DOGI, of the Agency, attached to courier companies have equally traced two other attempts to export 47.7kgs of cannabis to the UK through courier firms, to Okoli after his agents arrested in the course of investigation named him as the owner of the consignments.

In the same vein, desperate bids by traffickers to export over 2 kilograms of Cocaine, Methamphetamine and Cannabis hidden inside containers of body cream, tea bags, vehicle oil and air filters to London, Saudi Arabia, United Arab Emirate and New Zealand through two major courier firms in Lagos have been scuttled by narcotic officers of the Agency.

In Kano, a controlled delivery of an illicit consignment on Friday 5th November led to the arrest of two suspects; Ibrahim Sulaiman and Muhammad Sani Alhassan with 23kgs of Diazepam tablets; 2kgs of Codeine syrup and 32kgs of Exol 5 tablets, bringing the total weight to 57kgs.

Earlier on Wednesday 3rd November, operatives of the Kano command of the Agency had arrested one Mizambilu Tijjani, with 64kgs of Cannabis sativa and
Victor Nsodikwa Chu-chu, with 34 cartons of Pentazocine injection and one carton of Diazepam injection in Sabongari area of the city.
In Kogi state, operatives also seized a consignment containing 28.251kgs of Exol- 5; 6.6kgs of Barcadin Codeine Syrup; over 38.532kgs of Tramadol, bringing the total drugs seized to 73.808kgs. In a related development, operatives of the Osun state command have seized 130.518kgs of cannabis and 18grams of Cocaine in Modakeke area of Ile-Ife.

Impressed by the outcome of investigations that led to the dismantling of the drug syndicate led by Okoli in Lagos, Chairman/Chief Executive of NDLEA, Brig. Gen. Mohamed Buba Marwa (Retd) commended the officers and men of the MMIA command, DOGI and their counterparts in Kano, Kogi and Osun for sustaining the heat on the cartels across the country. He urged them and their compatriots in other commands to intensify the offensive action against all merchants of death in Nigeria.