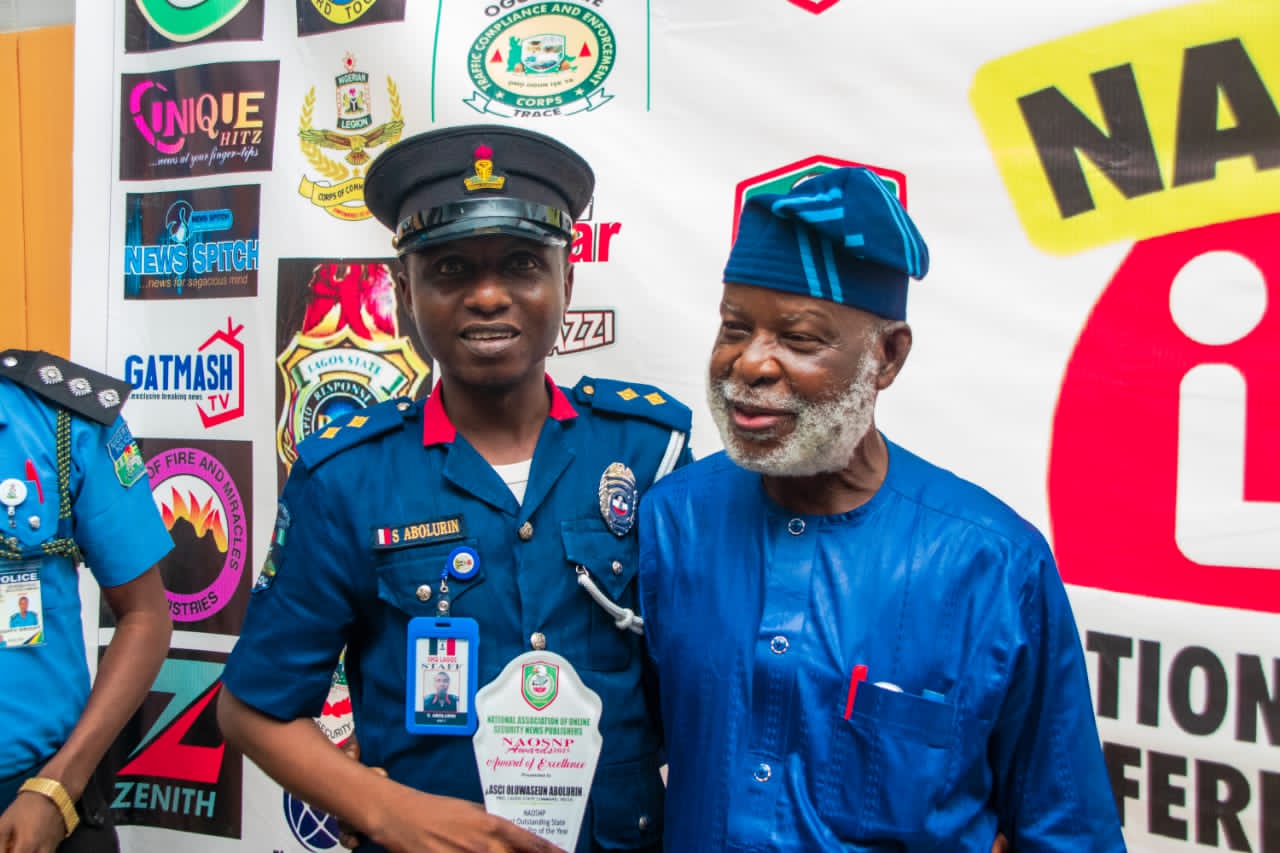 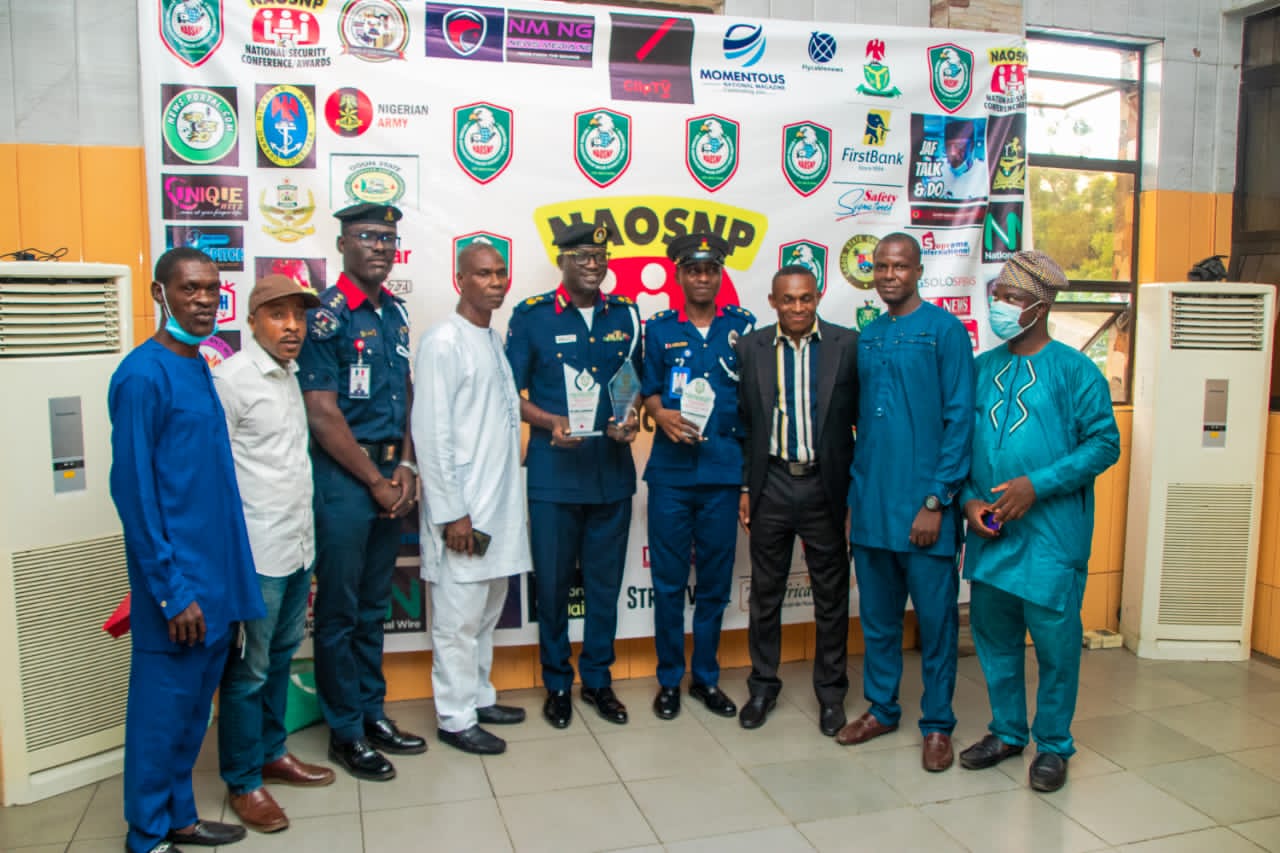 The NSCDC Lagos State Command’s Public Relations Officer (PRO), Assistant Superintendent of Corps I (ASCI) Abolurin Oluwaseun Olumide, MA, FCSS, Amb., mpa, yesterday, bags his seventh (7th) award, as the ‘Most outstanding Public Relations Officer of the year 2021, for his indelible contributions, in putting up great strides, towards crime reduction and a high intellectual performance, in public relations. This encomium and great honour was received by him at a national security conference and award ceremony, organised by the National Association of Online Security News Publishers (NAOSP), held yesterday, Wednesday, 11th November, 2021, at the NECA HOUSE, Alausa, Ikeja, Lagos.

According to NAOSP’s PRO, Mr. Eric Elezuo, “the event was organised to find out how technology and local intelligence can be used to solving the numerous insecurity challenges in the nation.” “This amongst several thoughts and opinionates brought about the theme of this year’s conference, ‘A nation under siege : Activating Technology and Local Intelligence To Solving Conundrum.” 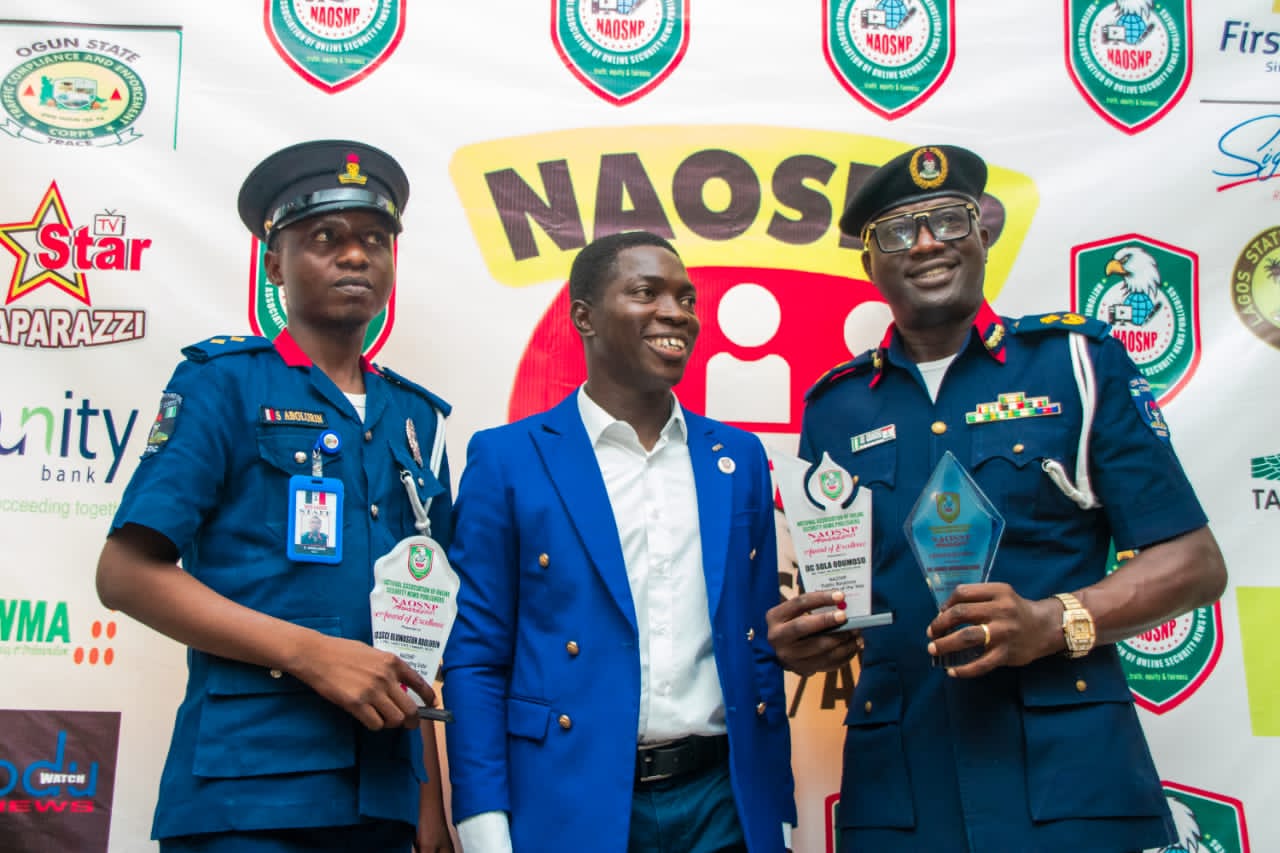 The Conference and Award ceremony witnessed the intellectual flow of keynote addresses from retired and serving service and security chiefs in the nation, out of which some were physically present and some were ably represented. 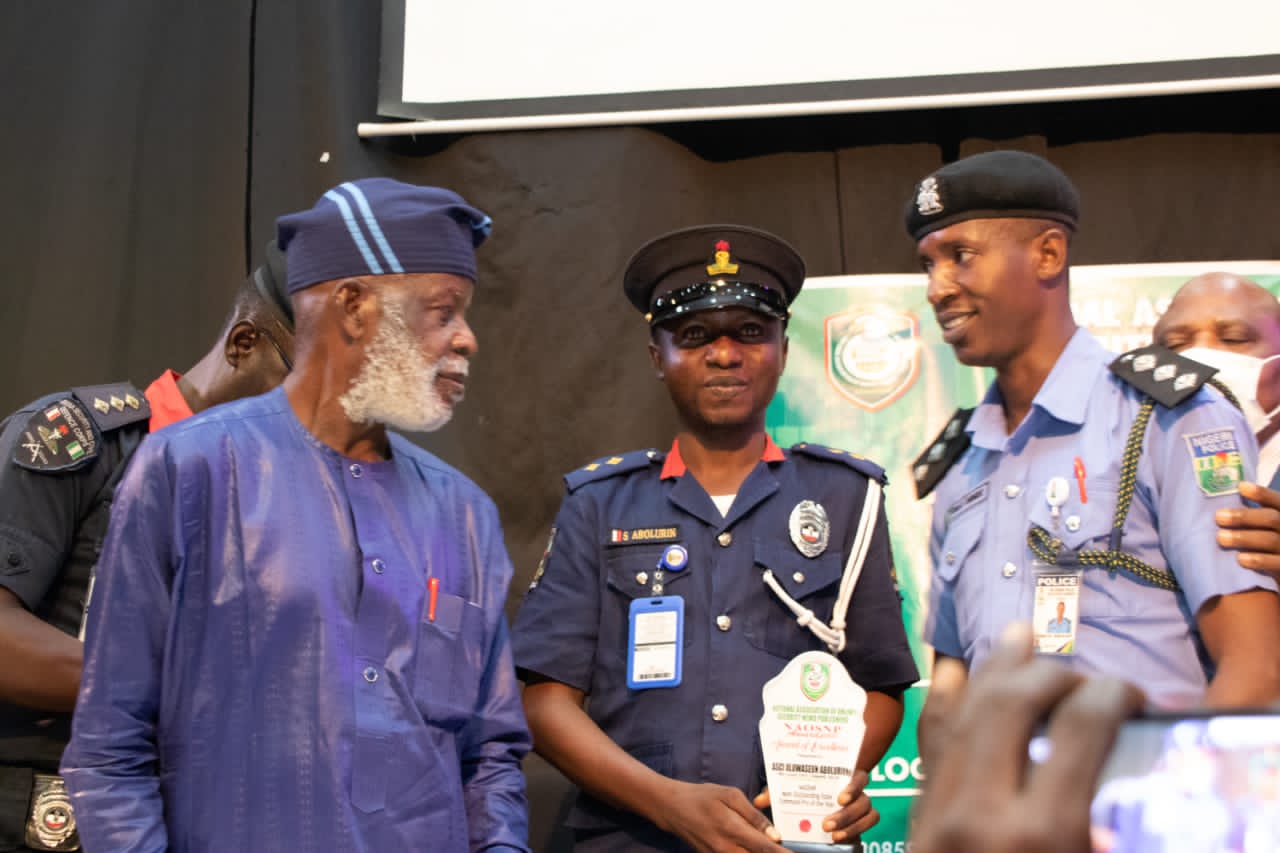 The PRO dedicated the award to his late father, Mr Oyebola Emmanuel Abolurin and his great mother, Mrs Deborah Funmilayo Abolurin who has been a great childhood inspirator to him and a great and rare mother of sort till date, CG Ahmed Audi, phd, mni, Commandant Eweka Okoro, Commandant NSCDC, Lagos State Command, DCC Sola Odumosu, Director Public Relations NHQ, management and staff of Lagos State Command, NSCDC State Command’s Public Relations Officers and Units, the media and every determined and passionate Nigerian youth out there…..

This award will further encourage and spur him to continue to do more, using his God – given talent, academic prowess and training, to contribute more, towards the positive development of the Corps and the nation at large.

He also seized the occasion of this award to recognize the indelible support of his family, to his job, which has culminated into numerous recognitions and awards of excellence , by reputable organisations both in the past and present and even once again by NAOSP.