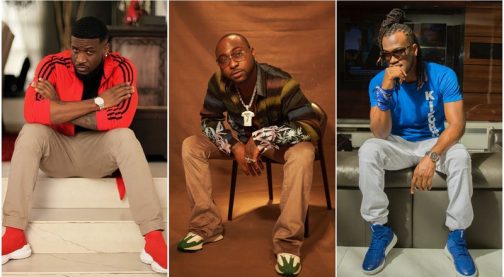 Paul Okoye, also known as King Rudy, has followed Davido’s lead, as he opened a bank account to raise funds from fans of Psquare.

Davido had on Wednesday opened an account and asked his friends and fans to donate money ahead of his birthday on Friday.

According to the latest update, over NI40,000,000 has been deposited in the account.

However, Paul, who recently reconciled with his twin brother Peter, wants Psaquare fans to show the world that they can do better than the fans and friends of Davido.

“Starting from @obi_cubana and @judeengees even @davido 😂 let’s show @davido that 2 heads are better than 1☝🏽….. everything na double-double,” Paul wrote on Instagram as he shared FCMB account number.