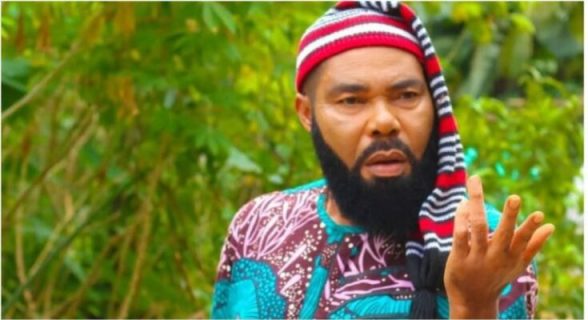 Popular Nollywood actor, Moses Armstrong has been suspended indefinitely by the Actors Guild of Nigeria for allegedly raping a minor.

Emeka Rollas, the AGN President, revealed that the indefinite suspension came following the investigation conducted by the body on the allegation.

The information about the indefinite suspension was made public via a statement signed by the AGN Director of Communications and veteran actress, Monalisa Chinda, titled ‘AGN suspends Moses Armstrong’ on Saturday.

The statement reads: “Actor Moses Armstrong has been placed on indefinite suspension by the National Executive Committee of the Actors Guild of Nigeria over his arrest by the police on allegation of raping a minor.

“In a suspension letter signed by the National President Ejezie Emeka Rollas, Armstrong’s suspension was based on facts emanating from the preliminary investigations conducted by the Guild on the allegation.

” Actors Guild of Nigeria has been in the forefront of advocacy against violation of women, such as rape, molestation and all form of abuse therefore, the allegation against Moses Armstrong is capable of tarnishing the good image and reputation of our noble Guild if urgent action is not taken.”