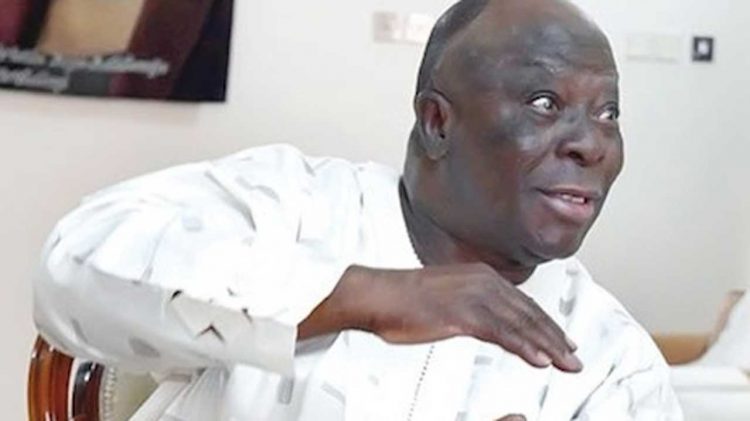 Elder statesman, Chief Ayo Adebanjo on Tuesday attacked the presidency for saying that the Inspector General of Police would determine the structure of Southwest regional security outfit, Amotekun.

Senior Special Assistant to the President on Media and Publicity, Garba Shehu had said during a programme on Channels TV that the IGP would determine the structure of Amotekun.

Shehu was speaking on the approval of N13bn by the Federal Government for community policing across the 36 states of the federation.

He said, “Whatever name they go by, Amotekun or whatever, will be streamlined and they will be run in accordance with the structure as defined by the Inspector-General of Police. They will be localised, they will be owned by local communities, they will be managed by them.”

The President’s spokesman further stated that the community policing structure would be the same across the 36 states and whatever does not conform with the national structure would not be “in the scheme of things”.

But Adebanjo, in an interview rejected the presidency’s assertion, saying that they are ‘arrant nonsense.’

According to him, “What Shehu said is arrant nonsense! Is he the Attorney General (of the federation)? He is just talking trash. Please quote me.

“They are controlling the police from the centre, it is not working, now they want to control Amotekun again from the same position? Do you have an IG of police in America? Even in Britain, it is not centralized. What you have is metropolitan police.”

Adebanjo wondered: “How can you send someone from Jigawa State to control the police in Ibadan? What does he know? You say the Governors are the chief security officers of their states, yet they control nothing, what kind of arrangement is that?”

He said Shehu might not understand as the issue was beyond him.

He added: “I don’t want to engage him because he may not understand. The issue is beyond him. Amotekun is the case of localizing security, yet they want to control it from the Centre like the police, how?”

PFN to Buhari: We reject offensive part of CAMA on churches