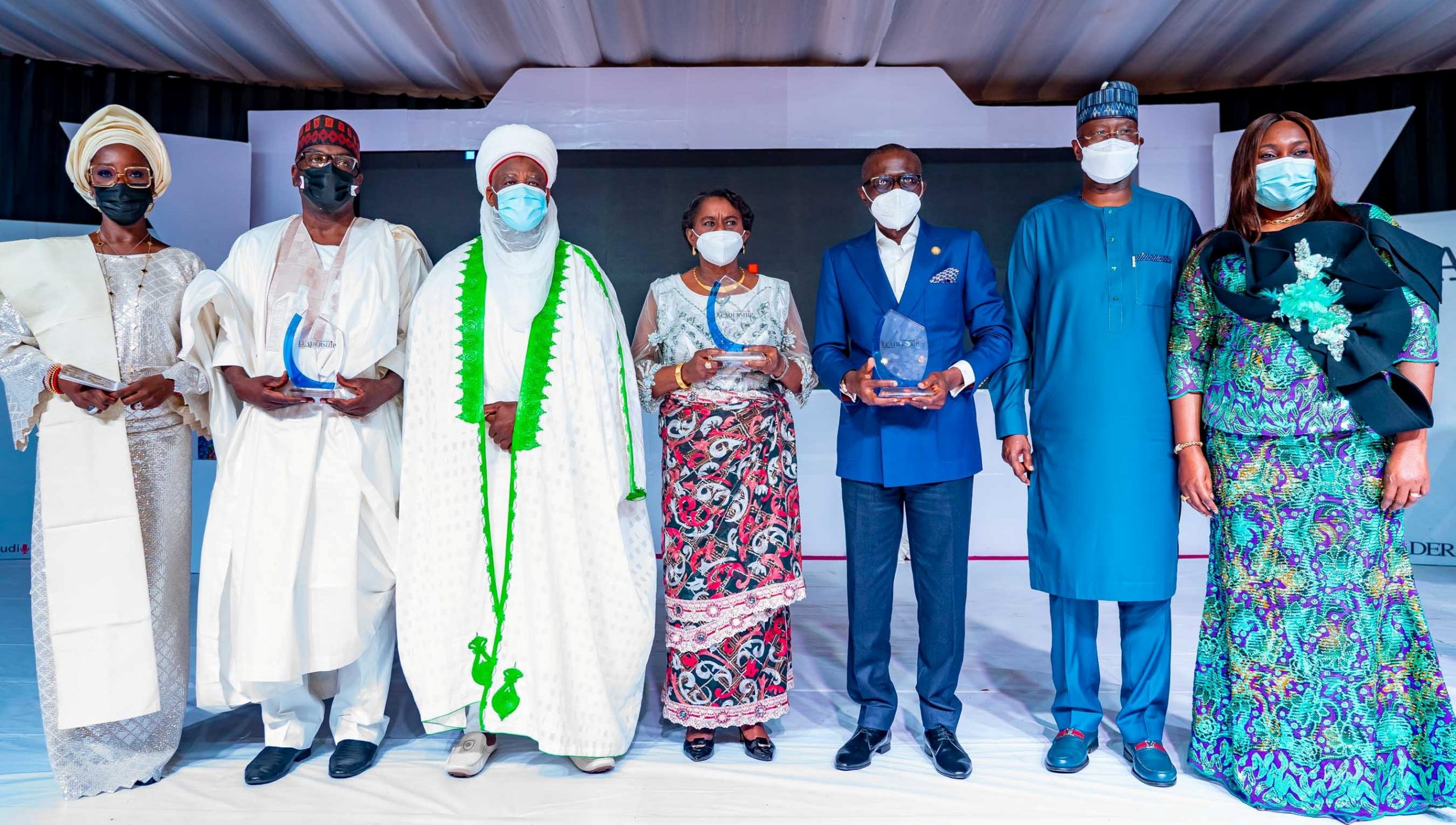 Lagos State Governor, Mr. Babajide Sanwo-Olu, leads by example and from the front.

The confirmation came with conferment of a coveted institution award on the Lagos helmsman last night in Abuja, the Federal Capital Territory.

Sanwo-Olu received the Leadership’s prize for Governor of the Year for successfully managing and turning around what could have been a tragic episode for the nation, following the outbreak of Coronavirus (COVID-19) in the country last year.

The award was conferred on Sanwo-Olu last December, but the ceremony was postponed due to restrictive protocols initiated to break the cycle of the virus.

Lagos has remained the epicentre of the pandemic, which is currently in its third wave. Despite the spread, the situation has had little impact on the State’s economy as a result of recovery measures put in place by the Governor.

Sanwo-Olu shared the honour with Governors of Kwara and Rivers states, Abdulrahman Abdulrazaq and Nyesom Wike.

The awardees were celebrated during the Leadership Conference and Awards organised by the Leadership Newspaper at the International Conference Centre, with the theme: “The Role of Political and Non-Political Actors in Stabilisation and Consensus Building.”

Vice President, Prof. Yemi Osinbajo, was the Special Guest of Honour at the event in which the Secretary to the Government of the Federation, Mr. Boss Mustapha, was also honoured.

As Sanwo-Olu was called to receive the plaque, the auditorium literally erupted in resounding applause, acknowledging the merit of the Governor’s recognition.

The Governor dedicated the award to residents of Lagos for the support extended to his administration and their resilience in the face of crises.

Sanwo-Olu said the honour reflected his personal philosophy about public service, stressing that the prize indicated that his administration’s efforts to improve governance was yielding positive results.

He said: “This award reflects everything that we stand for in service to humanity and this is dedicated to the citizens of Lagos. The honour is about them and for them. The recognition reflects the acknowledgment of our modest efforts in strengthening good governance. Lagosians have allowed us to come into the space and implement programmes that have had great impacts on their lives.

“We believe that recognition such as this clearly indicates that we are on the right path and we need to do a lot more. Doing a lot more is a commitment we are giving to the entire citizens of Lagos and the awarding institution. On behalf of my colleague Governors receiving this prize, we feel humble with this honour because we know that the reward for good work is more work. This is for us to roll up our sleeves and do a lot more, because leadership is about service.”

Sanwo-Olu praised the dexterity of the Leadership Newspaper’s management to sustain the legacy left behind by the late founding chairman of the title, Sam Nda-Isaiah, who died of the COVID-19 complications.

There are 24 awardees honoured at the event, while post-humous awards were presented to departed Nigerians who distinguished themselves in service.