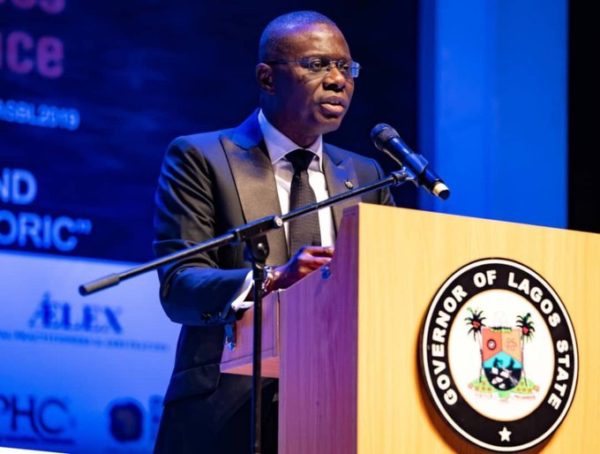 Members of secret cult groups in Lagos State have been asked to surrender illegal firearms in their possession and renounce their membership of criminal groups. Governor Babajide Sanwo-Olu on Tuesday announced amnesty for criminals and cultists operating in the State.

The Governor’s offer of amnesty followed a two-hour security meeting held behind closed doors with security chiefs in Alausa.

While briefing reporters after the meeting, Sanwo-Olu said the amnesty would be given to criminal elements that come out openly to renounce their crimes, advising secret cult members to take the offer or be made to face the wrath of the law.

The Governor said the State is declaring war against all forms of criminalities, including cultism, stressing that his administration would not fold its arms and allow criminal elements to turn the State to a killing field.

He said: “Today’s Security Council meeting is for us to take firm position on all forms of criminal activities. We are coming up with an amnesty programme for secret cults members and members of groups with criminal tendencies.

“We considered that we should open a period of amnesty for them in which we expect these criminals to come forward to renounce their membership of criminal groups and surrender firearms in their possession. To support the amnesty, the State Government will be coming up with an initiative that will focus on re-integration of the repented criminals and also to help them turn a new leaf. This will be done before the end of December.”

Sanwo-Olu appealed for patience over the traffic gridlock currently being experienced across the State, noting that the situation was caused by the on-going construction and rehabilitation of roads.

To further ease the pain of motorists and allow free flow of traffic at the peak period, the Governor directed restriction of the operations of Vehicle Inspection Officers (VIOs) to hours between noon and 3pm daily.

He said: “We are using this medium to announce administratively that we have restricted the operations of the men of the Lagos State Vehicle Inspection Unit between the hours of 12pm in the midday and 3pm, which is the period we have less traffic flow. They must conduct their inspection within this period before people begin to leave their offices, so that their operations will not cause unnecessary delays for motorists.”

The Governor disclosed that there were discussions on other security happenings around the State, including Crocodile Smile IV Operation. He allayed the fears of residents over presence of military personnel in the State, noting that the Operation Crocodile Smile IV was to strengthen security within Lagos and other neighbouring states in the Southwest.

The Governor further disclosed that there would be aggressive actions against those flouting his Executive Order on one-way driving, while also reiterating restriction of commercial motorcycles on marked highways and routes. He warned that there would be complete forfeiture of any vehicle arrested for driving against the traffic.

“We are going to go all out to enforce control on our roads in line with my Executive Order. This is the period we need to restore sanity back and keep the State safe. Okada riders are still not allowed to ply roads and places where they have been restricted. The enforcement will be aggressive. There will be arrest and forfeiture if anyone is arrested for driving on one-way.”

Besides, Sanwo-Olu also ordered the immediate removal of heavy-duty vehicles illegally parked under bridges and unapproved places across the State, observing that the action was causing “grave security concern” for the Government.

He advised the owners of the trucks to remove the vehicles before the enforcement of the action to be taken against them, which, he said, may include forfeiture and prosecution.

The Governor said the State would be strengthening security in all communities as Yuletide draws close, advising those making plans to hold street carnivals and large outdoor parties to request for a permit from the State’s Police Command before embarking on such. The aim, he said, is to enable the police provide security for attendees and prevent a breakdown of order.