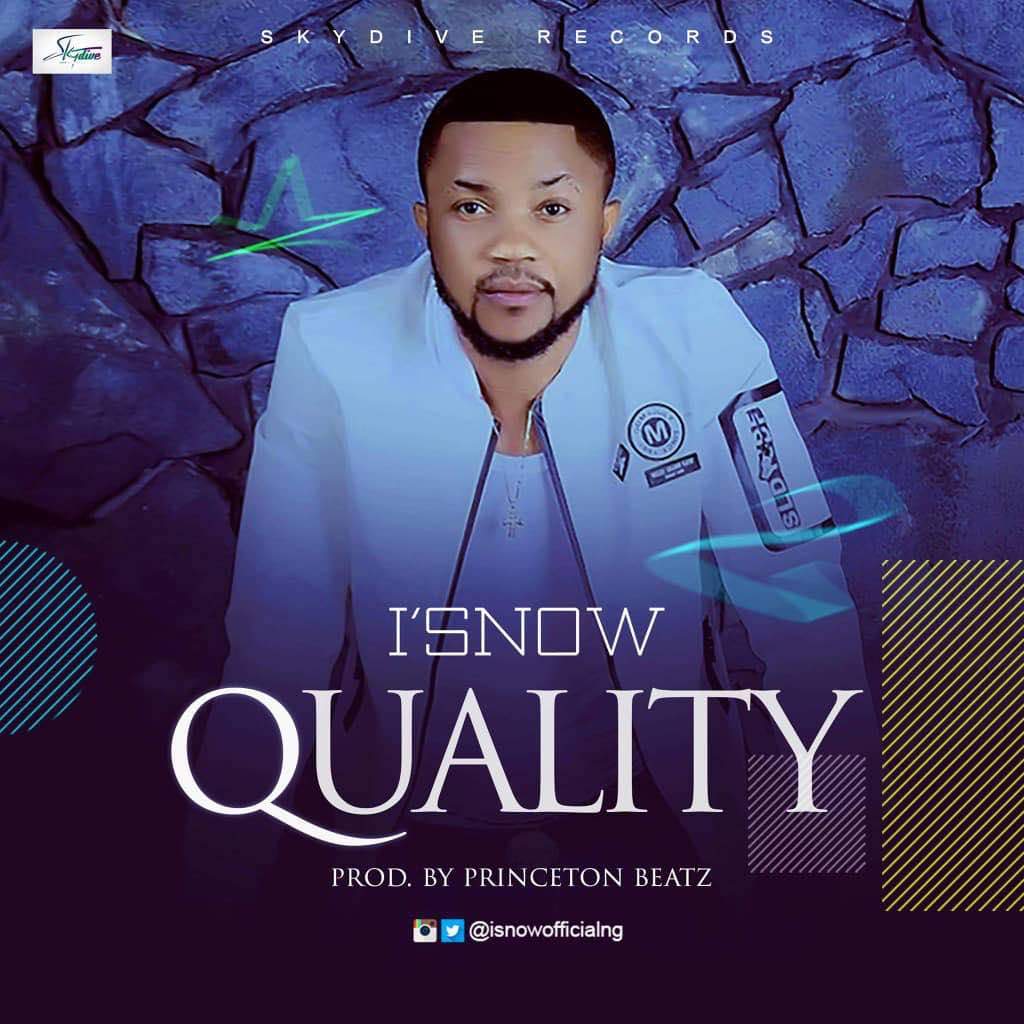 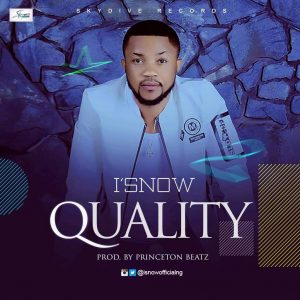 In the Afro hip hop genre of African music which is believed to be one the largest music making sector in this part of the world, one name that has kept on recurring in the consciousness of showbiz buff is enterprising, innovative and with focused Afro Hip Hop act, I’SNOW who is about to unleash a new sense and dimensions of music into the industry, as you are reading this, SNOW as fondly called is at the verge of making another statement, albeit prototypical in the entertainment industry with a new jam aptly titled: ‘WAYO’ featuring one of the promising act and label mate which will be randomly unveiled all across airwaves around the 36 States of Nigeria.

Industry giants and entertainment aficionados all around the globe are already waiting in the wings to make welcome to ‘A’ class lists, the ‘WAYO’ crooner because he’s not a small fry in the music making business.

Let us give it to him as he comes up again with many in his bag of unprecedented story lines and tunes being put into good listenership and consumption of his many admirers and fans.

I’SNOW, is not a green horn when it comes to music making and he has proved this overtime with his superlative and sensational acts in his past features which won him accolades recognition and laurel from different organizations, all of which are pointing to the fact that I’SNOW his the next big thing to watch out for in the music industry and this is an attestation to the fact that his latest works are grandstanding that music lovers are waiting for earnestly.

Let us quickly remind you of I’SNOW intimidating profile from a technological background and sudden venture into the music world as he has never failed in his deviation.

Now the entire world is waiting for this good job that this talented and very officious I’SNOW is doing for the industry even while others in his ilk are finding it very hard to measure up to the task.

we serve you fresh, crispy and smoking hot I’SNOW antecedents in the industry because those who never knew him before will now beginning to recognize and acknowledge him as a force to be reckoned with in the somehow volatile industry.

Born PRINCE IFEANYI AMAH, on the 24th of May, 1992 in Lagos into a family of five which he happens to be one of the 3 boys and 2 girls. He grew up in Dopemu Agege part of Lagos State, Nigeria.

I’SNOW, embarked on his music career at an early age as a rap artist under a defunct group of three known as JANBOIZ in the early 2000, he also doubles as a leader of the group. He plays drum instruments while the other two mimes and dances to songs in schools and churches.

He became an inactive member of the group due to relocation of resident which called for the quest for him to carry on as a solo artiste in the pursuit of his dreams and what his heart beats for, refining himself over the years through personal developments and screening exercises such as Nigeria’s Got Talents, Nigerian Idols, Star Quest, MTN Project Fame and many other talents hunt programmes. He has featured and performed in the 2006 maiden edition of Felabration, Star Trek, Glo Campus Tour and other miscellaneous events all around the Nation as a whole ever since he became musically active in 2001.

I’SNOW who predominantly expresses his in nit skills in the genre of Afro Hip Hop, Highlife and Afrobeat music which is best described to him as Universal sounds.

He was inspired into music from the kinds of high life music he loves listen growing up aside being a drummer boy and an entrepreneur. He has since over the years set a pace for himself in the Nigerian Music Industry using his music to send meaningful messages across the world.

The extravagant artiste; I’SNOW was subsequently featured in countless songs due to his versatility to deliver following the memorable impression of the successful release of his singles ‘QUALITY’ produced by one the industry’s finest, Princeton, backed with a smashing musical video directed by PALUSE IGHO.

He is currently signed to SKYDIVE RECORDS, a U.S and South African based record label company extending it’s arms of business into the Nigerian Entertainment Industry.

– “My major goals as a music artist, is same as what most individual would want to achieve in life. But, first and foremost; I thank God for gift and grace so far, and as for my career goals, i want to use my music as a platform to pass a message across the world at a whole, so as to set a legacy whereby people will live to always remember my name positively on earth even when still alive or gone, and secondly; help raise money to run an NGO in order to assist the less privilege, not only having a career goal of becoming rich and famous with no major impact on lives that has supported your career, at least one has to add value to others in other to make the world a better place and receive more of God’s favour”. –

I’SNOW stated in one of his recent interviews.

I’SNOW, is a go-getter who knows his onions and what to do at the right time when it comes to music profession regardless of ethnic, political, social and economic barriers.

He has since been preparing new flavour, Jams and sounds to be featured with the industry big bangs like 2Baba Idibia, Flavour N’bania, Duncan Mighty, Yemi Alade and the lists goes on and on.

He is in the nearest future aspiring to become an inevitable item out of Africa to the world.

Obasanjo doesn’t want anybody to outshine him – Debo Adeniran

Atiku Abubakar Finally Gets US Visa After 13-years, Jets Out Of Nigeria