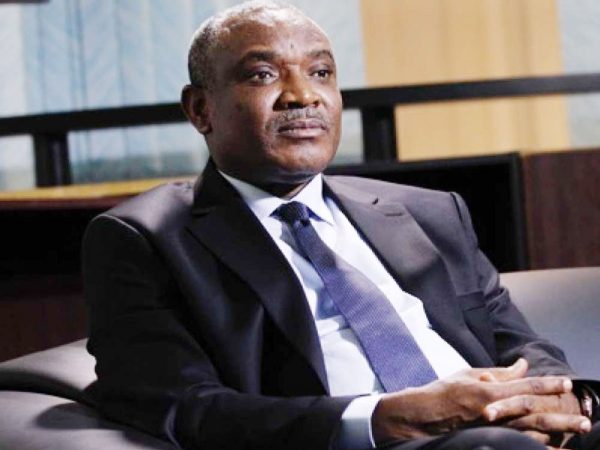 Suspended Chairman of the Special Investigation Panel for the Recovery of Public Property (SPIP), Mr. Okoi Ofem Obono-Obla, has escaped to the United Kingdom as he faces investigation by the

According to an ICPC alert which declared him wanted on Tuesday, Obono-Obla, criticised over the overbearing way he chaired the asset recovery panel, left Nigeria on 17 August.

This was two days after the Office of the Secretary to the Government of the Federation formally announced his suspension and asked him to handover to the solicitor-general in the Federal Ministry of Justice.

President Buhari approved his supsension, following a damning report by the ICPC on the official’s certificate forgery, with which he procured a University of Jos law degree and went on to the Nigerian Law School to qualify as a lawyer.

Since 17 August, Obono-Obla has not returned and has repeatedly snubbed invitations by the agency to answer questions bordering on allegations of fraud and corruption.

The ICPC said Obono-Obla is facing series of allegations levelled against him by members of the public on his role as head of the government panel on asset recovery.

The Commission said it is in receipt of petitions accusing him of abuse of office, falsification of admission records, living above his income and collection of gratification from suspects under his investigation.

“The suspended chairman is also facing allegations of working outside the guidelines governing the panel by investigating unauthorized petitions and prosecuting suspects without recourse to the office of the Attorney General of the Federation.

“ICPC had conducted series of investigations on the allegations with preliminary findings showing that some provisions of the Corrupt Practices and Other Related Offences Act, 2000 and extant laws of Nigeria had been allegedly violated by Mr. Obono-Obla.

“Consequently, ICPC had extended several invitations to him, which he had failed to honour without giving any reason. Attempts to track and make him appear before the Commission also failed leading ICPC to contact other law enforcement agencies for assistance concerning his whereabouts.

“One of such contact has yielded results as records from the Nigeria Immigration Service (NIS) show that Mr. Obono-Obla had travelled out of the country.

“The NIS records revealed that he left the country to an undisclosed location on 17th August, 2019, through the Murtala Mohammed International Airport, Ikeja, and has not returned two months after”.

The commission did not indicate whether it has submitted the wanted notice to Interpol for Obono-Obla’s arrest.