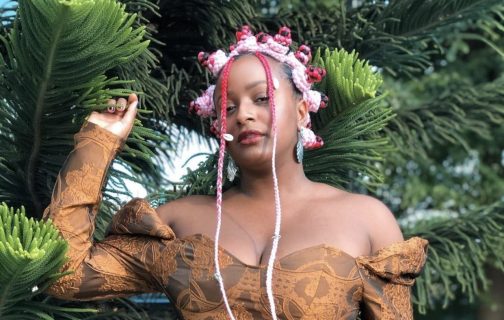 Lawyers to Nigerian disc jockey and producer Florence Ifeoluwa Otedola, professionally known as DJ Cuppy have written to singer Davido’s aide, Isreal Afeare also known as Isreal DMW demanding an apology from him over his claim that Zlatan didn’t make any money from their hit song, ‘Gelato’.

DJ Cuppy had accused Isreal DMW of defamation of character and launched legal proceedings against him after he said on Instagram that Zlatan didn’t make a dime from his collaboration with Cuppy.

This came after Cuppy took to Twitter to reveal that Zlatan has blocked her on WhatsApp and Instagram for over 10 months.

Israel who is Davido’s logistics manager and friend to Zlatan, then revealed what allegedly went wrong between Cuppy and Zlatan. He alleged that Zlatan didnt make a dime from working with Cuppy and that Zlatan was left to fund his bills after Cuppy invited him to Abuja for her fundraiser.

This allegation led to several backlash, as Nigerians dragged Cuppy for being stingy and greedy.

However, DJ Cuppy has demanded a letter of apology through her lawyers and also a withdrawal of his statement which will be publicly shared.

The billionaire daughter also demanded a letter of undertaking to cease and desist from publishing these allegations or similar allegations and also a compensation or further actions will be taking against him.

See the letter below: 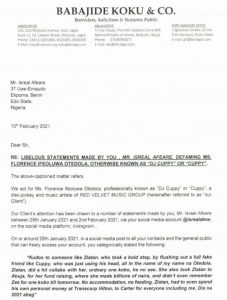 Why Is Ex- Zamfara Governor Yari After Gov Bello Matawalle?