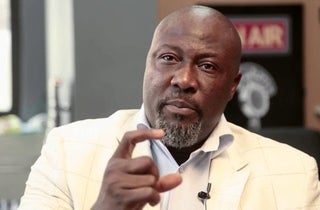 A Kogi State senator, Dino Melaye, has rejected his appointment by the Peoples Democratic Party (PDP) as the Director-General of the Kogi State Governorship Campaign Council.

Mr Melaye made the announcement in a tweet on Friday.

“Let me state categorically that I have turned down the position of Director-General of the PDP Kogi State Governorship Campaign Council. I wish PDP all the best. When truth is a casualty there is chaos. Senator Dino Melaye,” the tweet read.

Mr Wada, younger brother to the immediate past governor of the state, Idris Wada, polled 748 votes to beat 12 other aspirants, including his brother, and emerge the party’s candidate for the governorship election.

Mr Melaye, considered a top challenger for the PDP ticket, was roundly defeated in the primaries which he has condemned as not being transparent.

Like Mr Melaye, Mr Ibrahim, who came second in the primaries, also questioned the announcement. Mr Ibrahim said he could have won if the primary was not violently ended without all cast votes being counted.

The PDP has, however, been making moves to reconcile the aggrieved aspirants.

The party is expected to be the main challenger to the governing APC in the election.

The incumbent governor, Yahaya Bello, is the APC candidate.

The Kogi governorship election is scheduled for November 26.