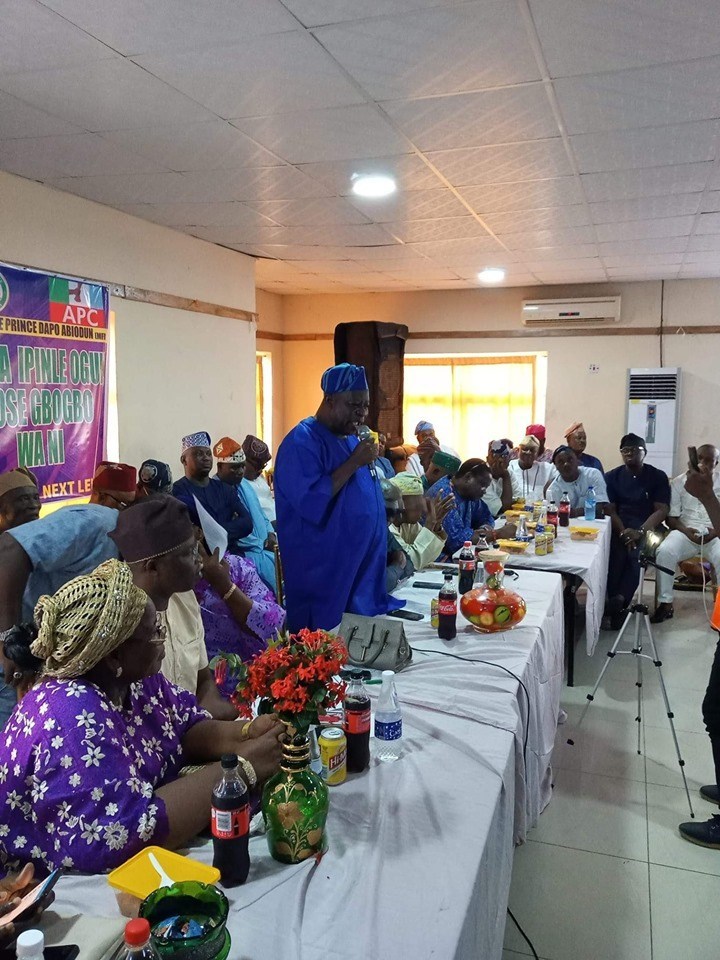 Several notable leaders and stakeholders of the Peoples Democratic Party, as well as executives of other opposition parties in Ogun state, have dissolved into the All Progressive Congress (APC).

The members under the auspices of Gateway Movement at an elaborate meeting held in Abeokuta on Tuesday made the declaration to support the administration of Governor Dapo Abiodun.

Led by the former Deputy Governor of Ogun State, Alhaja Salmot Badru; members of the Gateway Movement in their thousands at the packed venue of the event declared unalloyed loyalty to the mission of the state Governor to build a stronger future for the state.

At the occasion, the caretaker Chairman of APC in Ogun state, Chief Yemi Sanusi, alongside the Secretary of the caretaker committee, Ayobami Olubori, who were on ground to receive the new members disclosed that the party is at the point of repositioning itself in the state and it is ready to work with all progressive individuals, especially those who worked for its victory during the election.

Speaking on behalf of members, the former Deputy Governor, Alhaja Salmot Badru, disclosed that future of the state is in capable hands under the leadership of Governor Dapo Abiodun and that members are ready to work with him to actualize his lofty plans for the state.

In his reaction, the Senior Special Adviser to the Governor on Political Affairs, Rt. Hon. Tunji Egbetokun urged members of the movement to keep faith with the governor as he tries to re-lay a very solid foundation for the development of Ogun state. He further noted that the condition under which governor Abiodun is working now is quite peculiar having succeeded a very hostile predecessor. He urged for patience and understanding, promising that the government will not take the support of the group for granted.

Members of the Gateway movement were symbolically welcomed into the APC by the Party’s Chairman and his entourage.