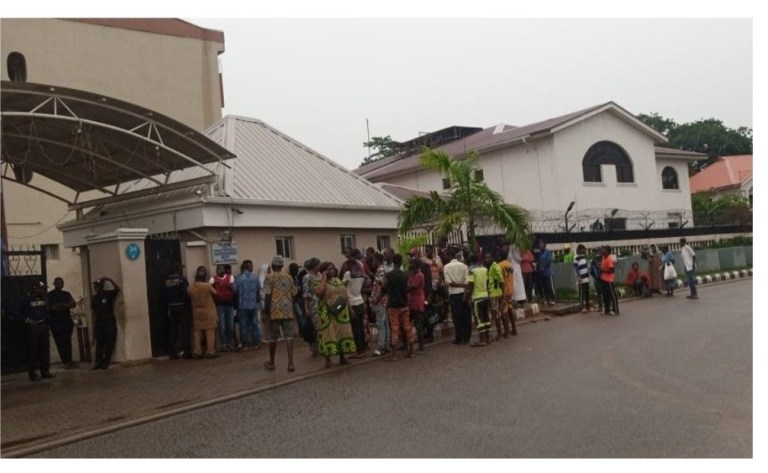 Scores of demonstrators braved the downpour on Tuesday to protest the controversial Muslim-Muslim ticket being proposed by the All Progressives Congress at the party secretariat in Abuja, Thecitypulsenews gathers.

Barring a last-minute change, the presidential candidate of the APC, Bola Tinubu, would announce a Muslim as his running mate after picking Ibrahim Masari as a placeholder ahead of the 2023 presidential poll. 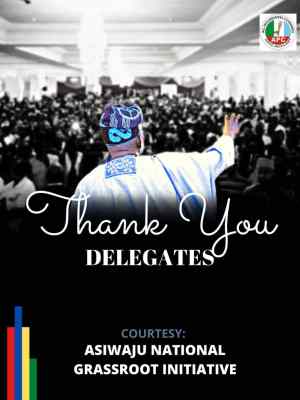 The decision did not resonate well with many Nigerians including religious leaders and organisations such as the Christian Association of Nigeria, which warned political parties not to tread the path of religious bigotry.

Senate Chief Whip, Orji Uzor Kalu, has indicated that with the emergence of former Lagos State Governor, the party has no option but to field a Muslim running mate.

Kalu, who backed the proposed Muslim-Muslim ticket by the ruling party, also claimed that the party would struggle to win the presidential election should it decide to jettison the idea.

The demonstrators, who arrived in three luxury buses, picketed the party headquarters while security officials detailed at the secretariat threatened to disperse them if they pushed their luck beyond the protest.

The protest took a dramatic twist hours later when some of the protesters were spotted squatting under a tree near the secretariat, shivering with cold.

Some others pleaded to take refuge at the nearby ECWA Church while they continue to wait for the buses that earlier dropped them to return.

One of the campaigners, who identified himself as Yakubu, was heard grumbling that they have not been paid for their efforts.

He said, “These people just left us here in the rain without coming back. Some of us came all the way from Maraba, Suleja and Dei-Dei to show solidarity for this protest.

“Up till now, the coordinators have not made any plan to plan to pick or pay us,” he bemoaned.