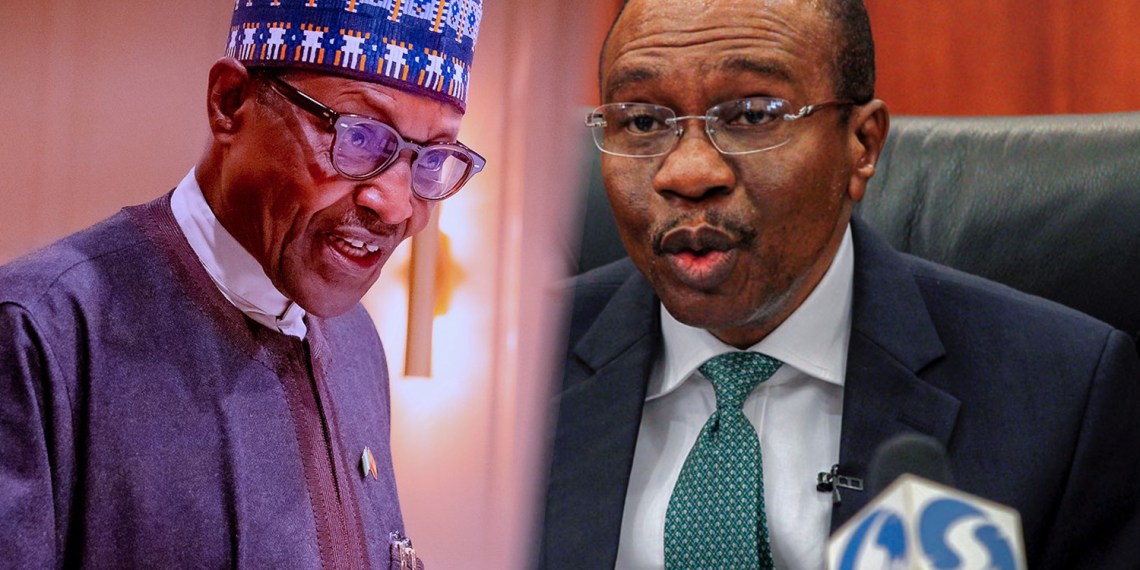 “…Ultimately, it will be for the CBN’s board of directors to determine whether a CBN governor’s actions have fallen foul of the laws in place to ensure he can most effectively carry out his duties.”

President Muhammadu Buhari has given reasons for not sacking the Governor of the Central Bank, Godwin Emefiele, over his partisan activities.

In an interview with Bloomberg, Mr Buhari said the Governing Board of the CBN has the power to determine if the governor erred or not.

Mr Emefiele came under fire in May after a group procured the N100 million presidential expression of interest and nomination form of the ruling All Progressives Congress (APC).

The CBN governor later rejected the presidential forms, noting that should he heed the call to run for the presidency, he would use his “own hard-earned savings from over 35 years of banking leadership to buy my own Nomination Forms.”

Despite the outcry against his partisanship, Mr Emefiele also sued the Independent National Electoral Commission (INEC) and Attorney General of the Federation and Minister of Justice over his eligibility.

He asked the court to stop INEC from disqualifying him from participating in the primary election of his preferred political party.

Amidst all these, Mr Buhari refused to call the CBN boss to order or relieve him of his position.

PREMIUM TIMES, in an editorial, called on Mr Emefiele to resign and pursue his political ambition, if he had any, or publicly distance himself from groups clamouring for him to contest.

Also, the governors of Ondo and Sokoto State, Rotimi Akeredolu and Aminu Tambuwal, had called for the resignation of the CBN boss.

In the interview, Mr Buhari said Emefiele faced allegations of “partisanship” because of his “unorthodox” approach to the economy.

“The CBN governor is appointed by the President. But this appointment is subject to confirmation by the Nigerian Senate. Ultimately, it will be for the CBN’s board of directors to determine whether a CBN governor’s actions have fallen foul of the laws in place to ensure he can most effectively carry out his duties.

“But there is a subtext to the accusations. Because the governor follows a model outside of the economic orthodoxy, he is labelled political. But the orthodoxy has proved wrong time and again.

“Instead, the governor is following an alternative economic model that puts people at the heart of policy. Nigeria should be free to choose its development model and how to construct our economy, so it functions for Nigerians.”

Mr Emefiele supported the policy of shutting down land borders to protect the local rice farmers in the country.

The bank also invested billions in the agro sector through the Anchor Borrowers Programme.