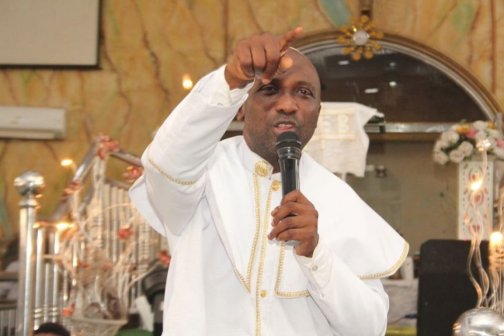 With the free fall the Nigerian economy has experienced in recent times, it is obvious the government is confused about the whole scenario. Since the beginning of the year and present administration, the citizens are yet to experience a new dawn in terms of economy.

In different parts of the country, prices of essential commodities have increased, naira has been devalued, hardship is being experienced by the rich and the poor.

In as much as many didn’t expect things to go this way, those who follow the prophecies of the leader of INRI Evangelical Spiritual Church, Primate Elijah Ayodele would not see this development as unexpected because the man of God warned against it even before the administration and the year began.

Back in 2019 before the second term of the President Muhamadu Buhari led administration, Primate Ayodele had categorically stated that Nigerians will not enjoy the administration because he foresees serious hard times in the country. This was a period when the President gave hope for a better future to Nigerians. Unfortunately, some never listened to the man of God and we all can see where it has led us.

In December 2020, Primate Ayodele released a prophecy that the new year will not be palatable for Nigerians. He asked the country to fast, pray to God because what he sees in the new year is a tougher continuation of what we were experiencing then. When he said this, many called him a prophet of doom, he was called all sort of names and some said he was looking for attention. As we speak now, this man of God has been vindicated with what is happening in Nigeria.

Some months ago, Primate Ayodele categorically prophesied about the economy of Nigeria and revealed that he foresees a shut down in 32 weeks. The 32 weeks will elapse in December, and of a truth, we are already near a shut down in the economy. https://dailypost.ng/2021/05/15/nigerias-economy-will-shut-down-in-32-weeks-primate-ayodele-warns-buhari/

Furthermore, in Abuja, sachet water is now being sold for N400 per bag, and N20 per sachet, fulfilling Primate Ayodele’s prophecy on the Nigerian economy.

In an interview with City People Magazine on May 11 2021, Primate Ayodele stated that he foresees pure water being sold for about N20 in the country, dollar going up to N600 and of course, we are already having it the same way he said it.

Primate Ayodele’s prophecies are warnings and there has never been a time he releases one and not give the solution but those involved, in this case the Nigerian government have totally neglected spiritual warnings and this is why we are experiencing this in the country.